PS4, Xbox One, And Switch Are Getting Indie Narrative Adventure Where The Water Tastes Like Wine Very Soon

Where The Water Tastes Like Wine, a narrative-focused game in which you work your way around the 1930s American Dust Bowl, hearing and trading stories, is come to consoles later this month. The game, which released on PC in 2018, is coming to Switch, PS4, and Xbox One on November 29.

The game's impending release was announced by publisher Serenity Forge on Twitter. It's now available to pre-order on Switch.

The game also received a new launch trailer ahead of its console release. 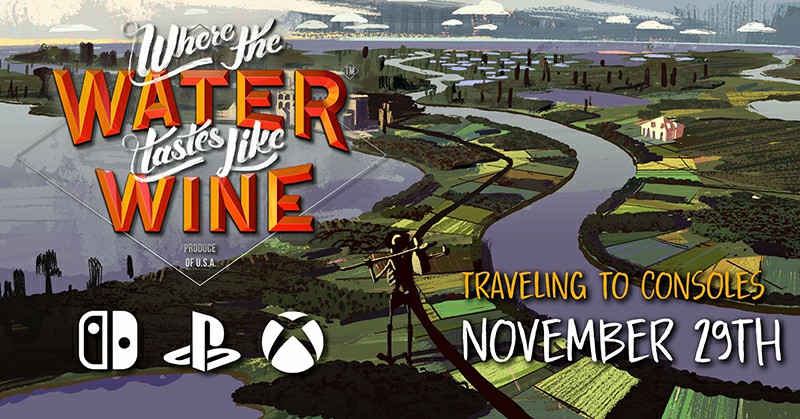 The game, which contains a guest appearance from Sting, struggled at launch, with creator Johnnemann Nordhagen publicly discussing the difficulties developer Dim Bulb Games faced following the game's release. "At the end of the day it's astounding that a game that got this much attention from the press, that won awards, that had an all-star cast of writers and performers, that had a bizarre celebrity guest appearance(!) failed this hard," Nordhagen wrote. Perhaps the game's console release can recoup some of the costs of development.