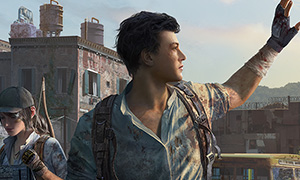 What is the LifeAfter Game?
LifeAfter is a Third-person shooter survival mmorpg mobile game developed, and released by publisher Netease in 2018. It is playable on both Android and iOS. It is a survival game set in an alternate world where the zombie apocalypse occurs and the a player is tasked to survive through gathering resources to craft equipment and building homes to establish their place in the fictional world. Other gameplay elements include, trading with other players, establishing camps, faction wars, and building relationships exist within the game.