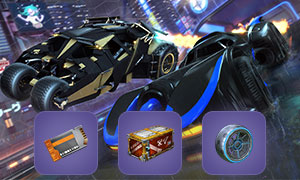 What is the Rocket League Game?
Rocket League is a vehicular soccer video game developed and published by Psyonix. The Rocket League refers to vehicular soccer like the video game. The rocket-powered car is normally controlled by to hit the ball which appears to be much bigger than the rocket-powered car towards the opponent’s goal area with the aim of scoring goals, with features reminiscent of a devastation derby. The game was released for Microsoft Windows, PlayStation 4, Xbox One, macOS, Linux, and Nintendo Switch platforms.

What can players spend Keys and Crates on in Rocket League?
Rocket League Keys can be used to unlock various of crates in the game, besides commonly play the important role as currency in Rocket League trading, players can trade and exchange unlocked Rocket League keys with other players.