Spin can help you better position the cue ball after you’ve taken a shot, setting you up for your next one. You can also use it to snooker your opponent or stop you from potting the cue ball on your turn. If you are new to 8 Ball Pool and have no idea of how to use spin, here’s exactly what you need. Be sure to read on. 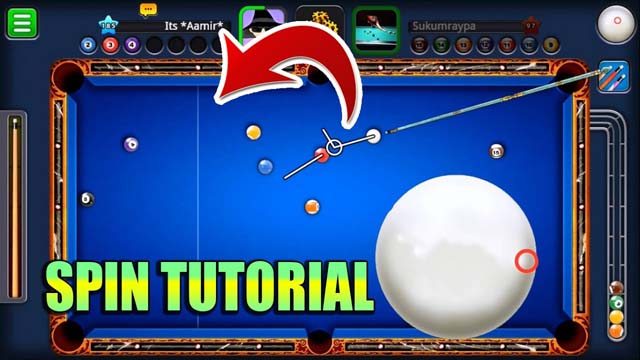 In order to position your cue ball well you must master the art of using spin. You can put spin on the ball by moving the red symbol on the cue ball with your mouse or using the arrow keys. That will cause the ball to spin in that direction after it’s hit a ball.Personally I use the arrow keys as these are allow me to do it a lot faster and spend more time concentrating on the shot itself.

On Mobile, all you need to do is tap the cue ball in the top right of the screen and move the red circle to apply spin in that direction.

If you do not hit the cue ball hard enough the spin on the ball will run out by the time it reaches the object ball and will have no effect.

Have a play around with spin, you need to familiarize yourself with the amount of spin you need in different situations and it might be worth while to try practicing using the other pool games available on Miniclip.And if you wanna buy Cheap 8 Ball Pool Coins, Joymmo.com should be your first choice.

That’s the end of this guide. Hope it helps!