Asphalt 9: Legends Coming to Switch This Summer For Free

Asphalt 9: Legends series have appeared exclusively on smartphones and PC since its release , with earlier editions making it to the Nintendo DS around a decade ago. And last year, they released the new Asphalt 9: Legends for mobile devices, which received positive feedback. And now the developer announced that? It would be bringing the title to the Nintendo Switch this summer. 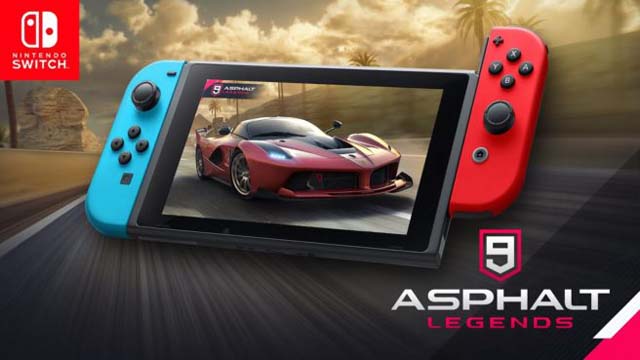 At the moment we don't have an official release date for the game, nor does Nintendo really have an official listing for the game yet on their eShop, so we're guessing at best we won't know more about Asphalt 9: Legends until we get to PAX West this year. But it looks like it's going to be a great racing title for Switch users.

In this Nintendo Switch version, players will find the same fun, arcade racing experience where they can perfect their skills, prove their worth, and become legends by cruising across awe-inspiring tracks set around the world. They will collect and unlock world famous licensed hypercars and stunning tracks by racing through the robust single player campaign. Asphalt 9: Legends launches with nearly 60 super and hyper cars including some of the fastest, rarest, and most prestigious cars ever made, such as the Bugatti Chiron, the McLaren P1 and the Lamborghini Terzo Millennio, exclusive to Asphalt 9: Legends.

Here is an overview of the game, via the Microsoft Store:

Take on the world's most fearless drivers and become the next Asphalt Legend—from the creators of Asphalt 8: Airborne.

Asphalt 9: Legends features an extensive roster of real hypercars from renowned manufacturers such as Ferrari, Porsche, Lamborghini and W Motors. Pick your dream ride and race across spectacular locations around the world. Leave your limits in the dust and become a Legend of the Track!

The Next Revolution in Arcade Racing: Immerse yourself in this hyper-realistic arcade racing game, with meticulously detailed real cars, HDR techniques and stunning visual and particle effects that turn every race into a real blockbuster movie.

The Most Prestigious Cars: Collect the world's most amazing speed machines. Each vehicle has been carefully selected based on its aesthetics and high performance to create the most desirable line-up of any Asphalt game to date.

Breathtaking Locations: Feel the thrill of gravity-defying races across 70 tracks in the most amazing real-world locations. Race around giant tornados in the American wilderness, avoid landslides in the Himalayas and hit the ramps to perform awesome stunts.

Customization at Your Fingertips: Use the new car editor to define the exact color and materials for your car. You can also pick the color of the Rims and Brake Calipers and add carbon parts to fully customize your rides.

A Blast of Arcade Fun: Charge your nitro to unleash the ultimate Nitro Pulse and break the sound barrier. Double-tap on the brake to do a 360° at any time and take down your opponents in style.

Ultimate Racing Control: Master the innovative TouchDrive, a new control scheme that streamlines steering to let players focus on the fun of racing. You can also switch to manual controls (tilt or tap to steer) and learn how to drive like a pro Asphalt racer.

Become a Legend: Start your journey in Career mode by completing over 60 seasons and 800 races. Become a real Asphalt legend by racing against up to 7 players in real time through the different leagues of the World Series Multiplayer mode.

Strength in Numbers:For the first time in the Asphalt series, you can create your own community of like-minded racers with the Club feature. Collaborate with your Club members to unlock Milestone rewards and rise up the ranks of the Club leaderboard.

Joymmo.com will have more information on Asphalt 9: Legends for Switch later this year.And Cheap Asphalt 9:legends Credits and Tokens are on sale at Joymmo.com if you don't have time for farming.