The biggest new addition in FIFA 19 Ultimate Team is Division Rivals. Division Rivals is a weekly competition where players of all skill levels can engage, climb the ranks and  receive a  a range of coins and packs for competing online. In addition, it also serves as a way of qualifying for the reward-heavy FUT Champions Weekend League. Today, our website Joymmo.com breaks everything you need to know about the Division Rivals and how to win in the online mode. Also, if you have any demands of Cheap FIFA 19 Coins, you could also visit Joymmo.com. 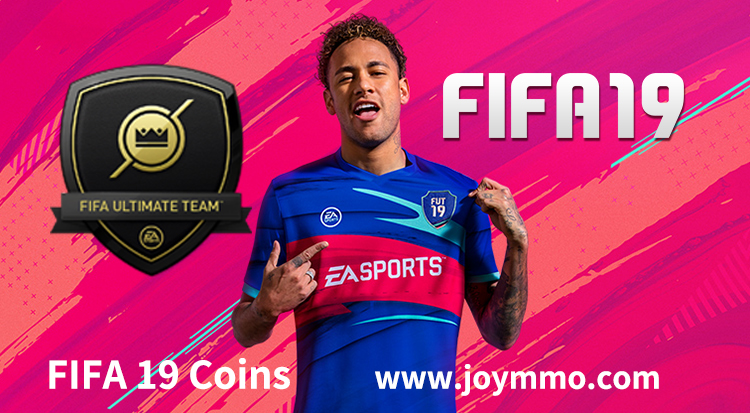 There are ten divisions, from Division 1 to Division 10 and and range in skill level. Division 1 is for the best players, whilst division 10 is for less experienced players. Each player is placed into a Division based on their skill rating. However, before being placed into one of ten divisions, you have to play a handful of placement matches. If you don't do amazingly well in your placement matches, you'll get the opportunity to move up or down each week. For example, if you are in division 10, as long as you get the wins, you will?get higher weekly rank and higher tier rewards within your division and even increase and move up a division as well.

At the end of each week, you get to claim your rewards based on your rank at the end of the weekly competition,and you are offered a way in 2-foot champions write winning matches for earning champions qualification points for the weekend League.

Basically, the gameplay in division 1 is less of actually playing a video game, and more of taking advantage of every exploit and mechanic in the game.

Difficult games against equally skilled opponents are about keeping things predictable. Trying to tackle when you're not 100% sure of a clean turnover may result in being dribbled, air-lunging, or an unfavourable rebound. Keep your hands away from the Circle button, except to push and pull, or when you're doubly sure. Turnovers will happen by covering with your CDM's, waiting for your AI to auto tackle, or waiting for a shitty pass.

Set your team width to 3 or below. Do not be deceived by the crossing meta. Though crossing has undoubtedly received a major boost, cutting inside with your winger or fullback remains a more dangerous option. Most of my division 1 games have been against opponents using the 4-2-2-2, 4-3-2-1, or 4-1-2-1-2.

Balanced and Pressure on Heavy Touch are the only viable tactics. Constant pressure against good players will only see them pick a precise long pass and stream through your open midfield. It's best to utilize it when you're losing with little time left on the clock. Its important to have as many numbers back as possible so that your AI can block their 25 yard finesse.

The only skills necessary are the ball roll, dragback and occasionally roulette. Keep in mind these are not to dribble the opposition players. They are two create space for your 25 yard finesse.

Walk in the midfield - This is one of the few relatively foolproof ways to bypassing the enemy AI and human player. Stroll calmly through the midfield, assessing your options while the opposition drops back.

The D is the main objective - Pass the ball from side to side. Use a forward pass when you can. But never forget your main goal. Your main goal is to unleash a shot as soon as you get the ball in the D. If the angle is right, finesse it. Even if its not, still shoot.