EA revealed Madden NFL 20 for Xbox One and other platforms. The game should launch on August 2 and features numerous improvements over last year's installment. At EA PLAY 2019, EA revealed the latest details for Madden NFL 20, including the return of the Pro Bowl, the RPO (Run-Pass-Option) system, X-Factor Abilities, Closed Beta details, and so much more. 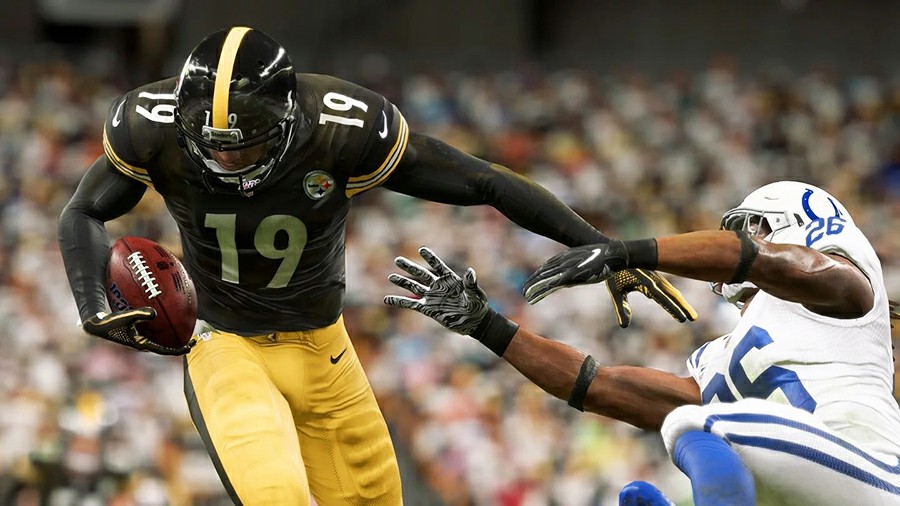 There will be new Scenario Challenges and that will allow players to improve their new QB's ratings and abilities. As expected, Ultimate Team and other features are back. In order to make the game feel much more varied and true-to-life, more touchdown and celebration animations have been added to the game. The brand-new RPO system was also shown off and will allow QBs to read a defense choose whether to keep the ball themselves or hand the ball off to another player in real time. Feel like an NFL Superstar in Madden NFL 20. There are a number of ways to play the game, but the personalized campaign may be the highlight of the experience. Be the face of an NFL franchise where every decision you make matters on and off the field.

If you preorder Madden NFL 20, you'll get access to "Fantasy Packs" and Elite Players from your favorite NFL Team in Madden Team Ultimate. Additionally, if it look like it's running at 4K resolution at 60 frames per second on Xbox One X. Of course, if you need to buy Madden NFL 20 Coins later, you can first collect our website, and we will provide you with cheap and safe Coins.