In the second DLC, The Fate of Atlantis, venture into the fabled realms of Greek mythology to discover your hero's true power and unravel the mysteries of the First Civilisation.
Explore the three new worlds from Greek mythology : Elysium, the Underworld, and Atlantis!
Face legendary trials and encounter the gods themselves, including Persephone, Hades, Poseidon, and more!
Upgrade to Season Pass to get the full story line for the two DLC chapters plus Assassin's Creed III Remastered and Assassin's Creed III Liberation Remastered! 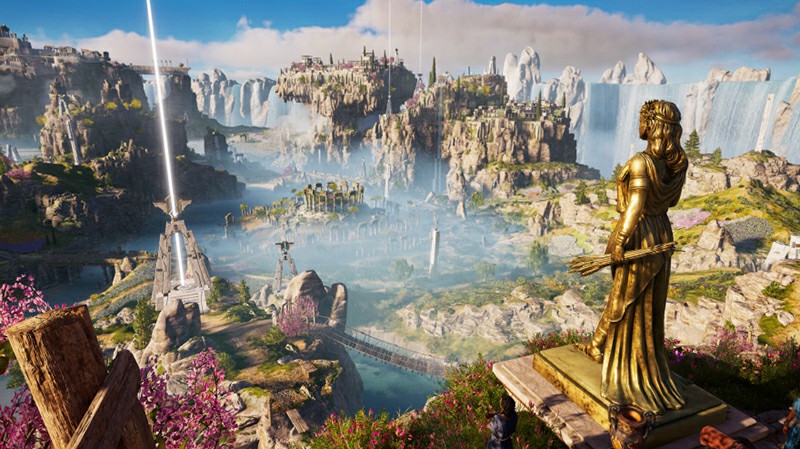 After the magic greatness of Assassin's Creed Origins: Curse of the Pharaohs, we have high hopes for the fate of Atlantis. While "Assassin's Creed Odyssey" already has some mythological elements, this DLC saga promises more creative possibilities.

Although the graphics of Assassin's Creed Odyssey: The Fate of Atlantis are good and very realistic. But so far many players who have played the first episode have posted comments online, and the story needs to be improved. The plot of the first episode is chaotic. There are a few key moments that feel forced or too convenient. Admittedly, the first episode had its highlights. If you play this game, you can share your thoughts with us. Follow us on facebook and twitter.