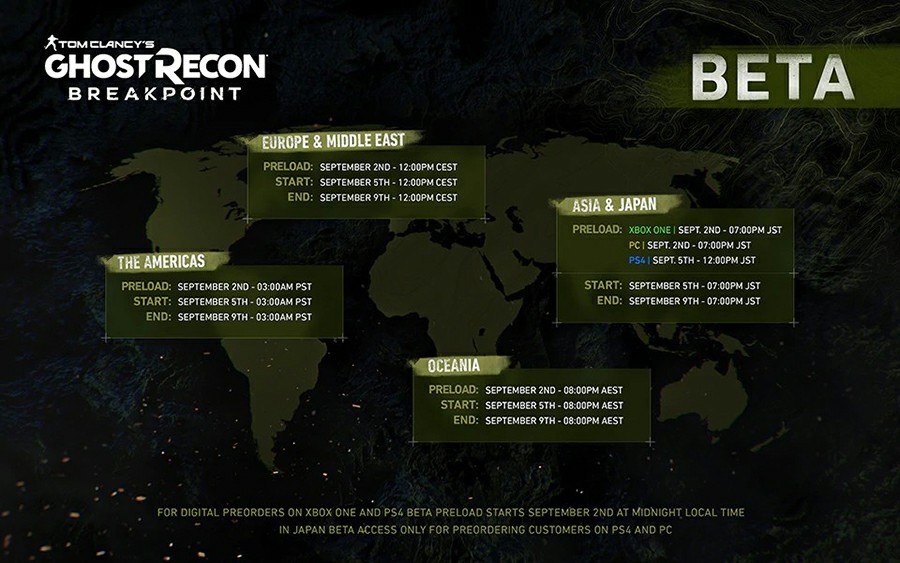 Gameplay Content
Explore solo or team up for four-player co-op in four regions of Auroa's massive open world – Smuggler Coves, Mount Hodgson, Sinking Country, and Fen Bog – and tackle two main missions, as well as a number of side missions and daily Faction Missions. Face off against armed drones including the flying Murmur, the land-based Aamon, and the massive, armored Behemoth.

During this beta, you have access to several regions and missions to test out in PvE with up to four-player co-op or solo!

Missions
Operation Greenstone: Two missions from the main storyline.
Auroa Missions: Side missions to discover more about the island and its inhabitants.
Faction Missions: Eight new Factions missions per day.

Drone Areas
Looking to really test your skills? Find three different types of Drone Areas throughout the available regions to battle it out against some of your toughest opponents.

Murmurs: Small flying drones that will swarm the unprepared.
Aamons: Mid-size land drones that pack a punch with agility to match.
Behemoths: Large drones with massive firepower and heavy armor.

Please keep in mind that the Beta:

Is not under NDA, so you are free to capture and share your experiences with the community.
Is not the final build and elements are subject to change.

« New Shai Talents Now Available in Free Update to Black Desert on Xbox One
New Mine Skills in Path of Exile: Blight »