How to Best Build and Play Interceptor Class on Anthem

There are totally four different classes on Anthem. Each of them features different abilities and playstyle. If you prefer Interceptor class like me, and just begin playing, here are some tips and tricks I would like to share to help you better build and play Interceptor. 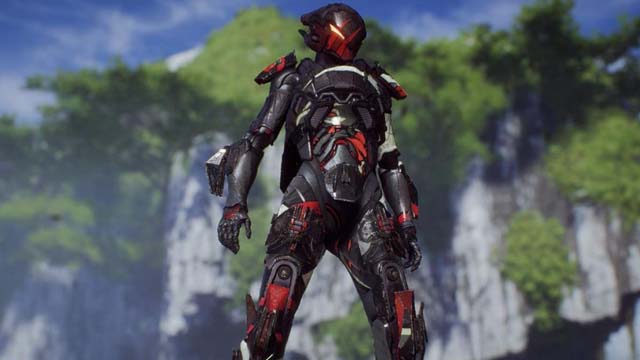 The interceptor is a melee frame.Way more than Ranger does. You can’t use the standard melee on the interceptor and say the Ranger does that better. Interceptor can completely lock down enemies with melee. I usually carried seeking glaive and acid spray. I’d throw seeking glaive at guys with shields and even on hard mode it would nearly one shot their shields. Then I’d just move in and stunlock them down with melee and wreck them. Triple dodge is amazing for closing gaps. The Ranger can’t get close to or away from enemies nearly as effectively as the Interceptor. The interceptor ult has the benefit of being completely controlled by the player. If I pop that ult and want to focus down one big guy in a crowd of 20 adds I can do that. Ranger doesn’t have that. In order for a Ranger to put all missiles on one enemy it has to the only enemy near it. Furthermore in groups of scorpions or small adds, acid spray is just unbelievable. It pretty much primes everything and then you get that acid aura for a long time. When you’re playing with a storm teammate, being able to spread freeze and fire just by being close to things is amazing.

Interceptor is not well cut out for certain fights though. Take the swarm Tyrant for example. Ult is near useless on the boss (but great on the adds), seeking glaive doesn’t seem to auto target weak spots which sacrifices a ton of damage from it and acid spray isn’t great against a giant spider. But to counteract that I would take the support ability to mark enemies and a sniper as my second weapon. Keep her marked as much as possible and hammer those sniper rounds in there and you’ll do a ton of damage. Then you can use your ult and acid spray in the intermittent add phase and just wreck.

It’s all about how you build it but interceptor shines primarily as melee. Way more than Ranger does. Not that Ranger is bad by any means, just different.

As for mobility, the interceptor can get the farthest out of any jav using movement options that aren’t just flying, so take advantage of this to keep from overheating.

My favorite example of this is melee jump canceling, where you can aerial melee while you have decent forward momentum (like after sprinting or triple dashing) then jumping before you hit the ground again. This gives you a big burst of speed and carries you pretty far. It’s easy to time and can be chained up to twice before you have to land again, this mixed in with some triple dashes can keep you flying for much longer without overheating. Other than distance, this is extremely helpful for fights where the enemy may keep you overheated or other places you may be unable to fly.

Another great movement tool that’s a bit more niche is where you can time your third dash to end right as you hit a slanted surface like some rooftops, rocks, or slopes. if done correctly you’ll hit it and bounce straight up into the air and get a good 15-20 meters of height sometimes. This isn’t as applicable a lot of the time and is a lot harder to get used to hitting, but more than once it has actually gotten me out of a bind. best used to get away from enemies.

There’s a ton of more benefits to the interceptor late game, but movement and mobility is something you can start learning at any level and will keep you alive in later difficulties, hope this helps!