It's Finally time to bring "Matt the Bat" to your infield. Autographed Series Legend Matt Williams (Diamond, 98 OVR 3B) is not only a double diamond, but he can play ss as his second position. 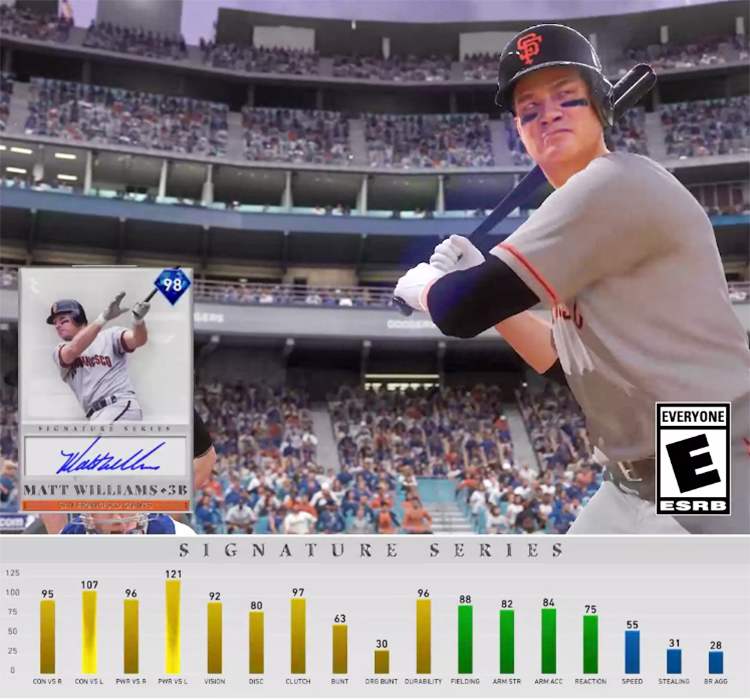 The Signature Series Yadier Molina (Diamond, 98 OVR C) highlights his consistently dominant defensive skills and the batting he has developed over his long career.

Last season's Signature Series Rewards, Bruce Sutter and Alex Gordon, are still available in the world series selection pack, and all the rewards are for sale, except the nameplate.