Blade And Soul Class Guide: Which Is The Best Class To Pick Up In PvE

There are multiple builds in Blade and Soul, and many players, especially beginners can't figure our which class should they choose. Therefore, our Joymmo.com made up this class guide for players who are into PvE in the game. Also, if you are looking to upgrade weapons for your character, you can purchase materials with Cheap Blade and Soul Gold from our website. Now let's dive in, shall we? 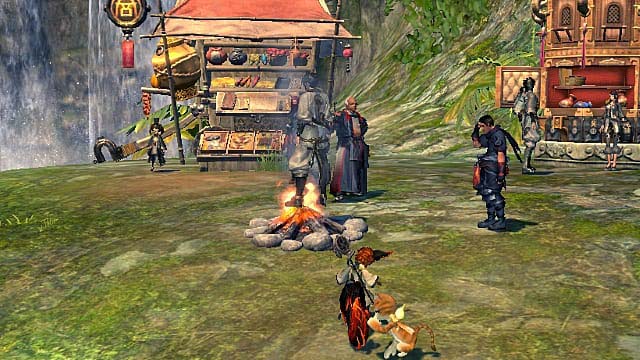 All the available builds can be divided into 3 general classes: tank, melee DPS, and ranged DPS, and there's quite a distinction to them. Melee DPS classes must be in melee range (<4m) to deal effective damage. Ranged DPS classes are capable of dealing damage anywhere from melee range out to 16m from the boss. Tank class in Blade and Soul isn't taking damage, but blocking and avoid damage, dancing around the boss and positioning it, so your teammates don't get hit by the boss.

Each class in Blade and Soul has 2 possible elemental builds as follows:

Destroyer: A melee damage class with a boss grabbing ability which not only extends crowd controls but also lets everyone else do a highly damaging restraint skill, a long-lasting party invincibility frame, and the ability to rescue and protect downed party members.

Assassin: A melee jack-of-all-trades utility class, as well as melee DPS, with offensive party buffs, anti-projectile shroud, short but stealth party invincibility frame, the ability to rescue (but not protect) downed party members, and the only class with the ability to stealth their party past trash mobs before bosses.

Blade Dancer: A melee DPS class with a boss grab that lets everyone else use a special highly damaging skill while under grab and a good party invincibility frame similar to that of Blade Master.

Warlock: A ranged DPS class with a unique offensive buff that lets everyone else use a special highly damaging skill.

Soul Fighter: A melee DPS class with effective party healing and a more reliable mass party resurrection, as well as a low-damage ranged stance. Their ability to increase maximum party health is required in some instances.

Gunslinger: A ranged DPS class with the ability to reset cooldowns and global cooldowns of other class's party invincibility frames, revives, and buffs.

Which Class Should You Choose?

After a short view of each build in Blade and Soul, you can have a general idea of each build are featured. As with which class should you choose in Blade and Soul? Realistically the answer is "whatever looks cool" and "whatever you enjoy more" because ultimately this is a game and you should play what you like. However this isn't the case. I would say the best way to figure out what to play is to watch a bunch of more recent videos on the classes and see how each one plays.