FIFA 19 TOTW 20 has now officially been revealed! FUT 19 Team of the Week 20 players will be released into FIFA Ultimate Team packs at 6pm (UK time), Wednesday, January 30, 2019. This week's lineup doesn't boast any 90-plus ratings for players but does bring several players in the high 80s. They include Joao Cancelo and Angel Di Maria. Here's a look at who else is featured in the FIFA 19 Team of the Week 20 lineup.

Karim Benzema leads the line in the 23-man squad, having scored twice during Real Madrid's 4-2 win over Espanyol. The Frenchman is joined by Barcelona defender Nelson Semedo after the Portuguese ace scored the opener in a 2-0 victory against Girona. There are also inclusions for players from Atletico Madrid and Eibar while Serie A is well represented.

Joao Cancelo has been listed as a right midfielder following his display for Juventus against Lazio while Alejandro Gomez makes the cut for his part in Atalanta's 3-3 draw with Roma. You can see the full list of week 20 starting XI players below.

A total of 12 players make up the newest group of substitutes and reserves on Team of the Week. The highest rated substitutes include 84-rated Yussuf Poulsen and Alfredo Donnarumma. They're joined by five other players, all of which have 81 ratings for subs in the game. 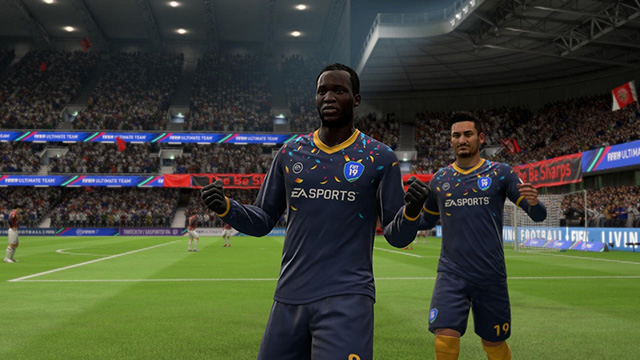 Leeds United player Mateusz Klich is among the featured reserves for this latest TOTW lineup. His team was quite pleased with the selection and posted on Twitter to show off his two recent goals that helped him achieve the honor.

Klich gets a 79 rating for his new player card in FUT. The highest rated card of the reserves goes to Al Nassr's Abderrazak Hamdallah. He receives a nice 83-rated card among reserves after his performance in the recent fixtures.

Gamers can now obtain those players by buying packs from transfer market. So, if you wanna add one of them to your squad, come and buy Cheap FIFA 19 Coins at Joymmo.com, a reliable online in-game currency store with fast delivery.