In the following, this short article will explain FIFA 19 Predictions for Team of the Week 43. Let's take a look.

The "Team of The Week" #TOTW is a team made up of players who have distinguished themselves for level performances. Newspapers from all over the world vote for them, highlight them, and even FIFA Ultimate Team is not far behind!

Kicking of week 43 with the French keeper, Hugo Lloris. Lloris is yet to gain an inform card on FIFA 19, with his base card rated 88 and worth 21,000 coins on PlayStation and 26,000 coins on Xbox. Lloris was able to secure the draw for Tottenham, with a crucial second half save to stop Man City from gaining a 3-1 lead; this combined with his seven other saves during the match at the weekend makes him a contender for TOTW.

The running of the domestic season has begun who stood out at their season starting games and could earn a spot in the FIFA 19 TOTW 43? You can find out on our FIFA 19 Team of The Week 43 Predictions now, the FUT TOTW candidates below are taken from performances in applicable league fixtures includes games from last Tuesday (August 15) to Monday (August 19).

Mats Hummels - CB - OVR 89 A bit of a strange one here with the seemingly obvious choice being Paco, who scored twice and assisted another in Dortmund's 5-1 win over Augsburg, however, Hummels was officially awarded MOTM and without an IF this year alongside the fact that he had his high profile move back to Dortmund I can see this one going in the defenders favour, especially with the about of hat tricks this week. 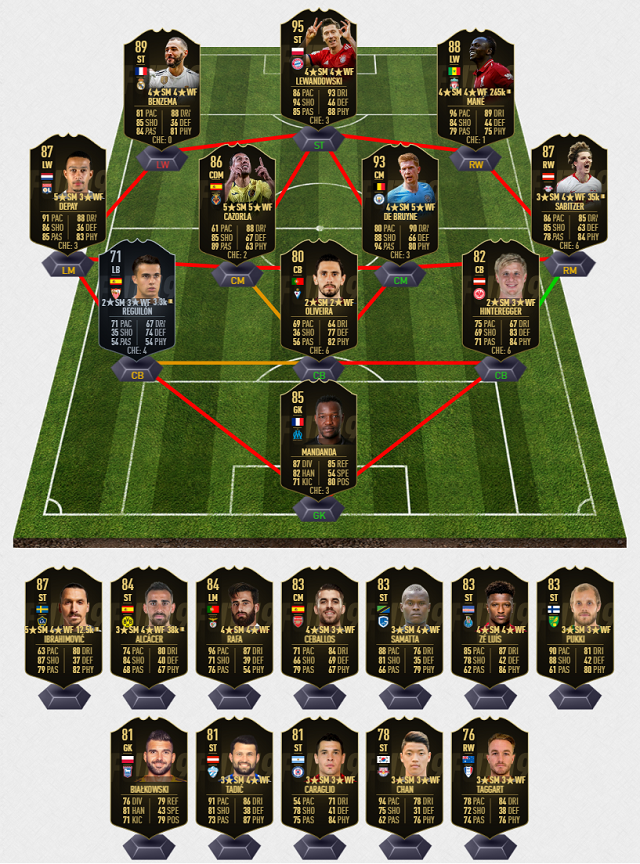 Above are the predications of TOTW 43, after reading week 8 prediction from joymmo.com, what is your FIFA 19 TOTW 43 Predictions? Want to get the best TOTW 43 Players for your team? Fast to buy cheapest FUT 19 Coins to opening the FUT Packs or buying players directly at joymmo.com now!