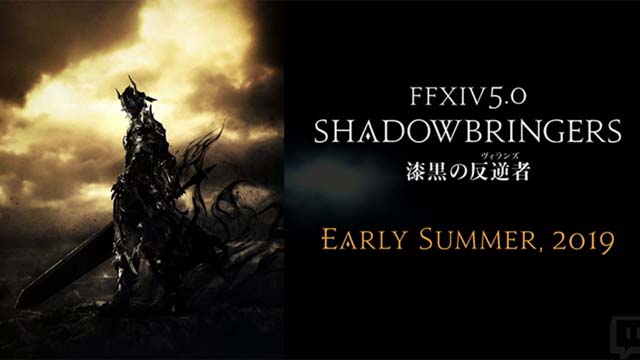 Following in the footsteps of Heavensward and Stormblood, Shadowbringers will continue the MMO's Main Scenario Quests with a story that will take fans on new adventures to battle against threats to the realm as they become the Warrior of Darkness.

Final Fantasy XIV: Shadowbringers will be released on July 2, 2019. Each copy will include the Heavensward and Stormblood expansions, but you’ll need to purchase a copy of A Realm Reborn separately.

Final Fantasy XIV: Shawdowbringers is now available for pre-order head of its scheduled release on July 2, 2019. Pre-ordering will also allow users to enjoy exclusive in-game bonuses and items and early access to Shadowbringers ahead of the official release. Early Access is scheduled to begin on June 28, 2019.

Here's a breakdown of three versions of Shadowbringers available to pre-order, along with their prices, pre-order bonuses. If you wanna buy Cheap Final Fantasy XIV Gil, you can visit our Joymmo.com, a reliable, cheap and fast online in-game currency store.

Final Fantasy XIV: Shawdowbringers introduces two new jobs to the game: The Gunbreaker job and The Dancer job. So far, no many details have been revealed on this new job. The Gunbreaker job is a Tank class that wield gunblades. They are intended to draw enemy attention while counter-attacking with powerful blows. In addition, it is rumoured that Gunbreakers will also rely on a combo system.  The second new job that?Shadowbringers?will?introduce?to?Final Fantasy XIV?is the Dancer, which is a ranged class that uses throwing weapons. The new job is also capable of providing various bonuses to teammates by performing dances.

Final Fantasy XIV: Shawdowbringers also adds two new jobs to the game. Players have been demanding playable Viera, an all-female race of rabbit-eared humanoids who started out as the embodiment of fan-service, for years now. Looks like it's finally happening. In addition, players also introduces another a playable species, called The Hrothgar, a male-only lion-like man-beast species.

Aside from new jobs and races, Shadowbringers willintroduce a host of new areas to explore: The Crystarium, The Eulmore, and The Lakeland.

Shadowbringers will also bring new primals to fight and beast tribes to gain favor with, including the adorable Nu Mou.

Other new features include nine new dungeons and a new series of end game raids. Crafters and gatherers will have the opportunity to come together and use their skills to rebuild the Holy See of Ishgard.

Furthermore, the list of other standout additions in Shadowbringers includes an increased level cap to 80, a "Trust" system for NPCs, and a New Game Plus mode that will allow you to replay previous storylines from the Main Scenario.