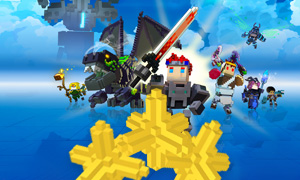 What is the Trove game?
Trove is a voxel sandbox massively multiplayer online role-playing game developed and published by Trion Worlds. Trion Worlds, Inc. (formerly Trion World Network, Inc.) was an American video game developer and publisher, which focuses primarily on MMOs, particularly of the MMORPG and MMORTS genres. The Trove game was released on Microsoft Windows, PlayStation 4, and Xbox One platforms. There's a Hub Zone in Trove, where is the center of the game's world map. Have you ever decided to try a sandbox game and then realize its way more fun than you imagined? That's Trove. Sandbox games always start with single player mode, and an access to online mode, but Trove provides an overall experience for gamers to play with online gamers eternally. The Club world is a zone without dungeons or enemies and is meant to be a central meeting area for members of the club. Join a club when you just start the game, or create your own club if you have considerable experience and flux to afford the cost.

Where can players get Trove Flux in the game?
If you want to earn Trove Flux in the game, you need to follow and complete all quests, and kill as many mobs as you can. Besides, you can Buy Trove Flux from Joymmo.com online store, it will take less time for you in-game. We strongly recommend you to make an order to enjoy on PC, PS4, and Xbox One platforms.