A General Progression Guide For Players Under Level 100 On Dofus

Dofus is a widely popular Free-to-play MMORPG game. In the game, users choose from one of thirty-two character avatars and sixteen classes with unique combat systems and explore an isometric world where you can fight monsters, join guilds, craft, and socialize. If you still a total new comer to the game, Joymmo.com are here with this hands-on Dofus beginner strategy guide to help players who are still under lvl 100 to get better in the game. Also, if you are in need of any Cheap Dofus Kamas, you can also visit our website. 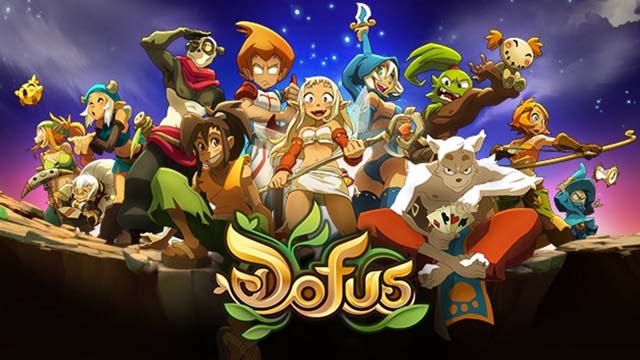 At first, many beginners are having some trouble choosing their classes. In total, there are sixteen classes with unique playstyles to choose from in Dofus.

For classes, I'd say that take your time, read a class overview, just pick one that you like. Game heavily relies on gear(and skill), so you can do wonderful things with each of the classes. Getting into a good guild is very helpful. My guildies helped me a lot. Game isn't that hard, you will get used to it in a while. Pick one you preferred and level it until you're around 40-50 (It's really fast especially if you get into parties, try getting into a guild for that. Pm Grim-Reaper). Dofus has this system where every subsequent character you make has a xp bonus until they reach the highest character level. So, if you have a level 40 character, your second character has 2x exp until lvl 40, your third character has 3x exp and so on so you can experiment a lot.

Monsters are much better tuned for exp and you can pretty much fight anything your level and it will be fine. These levels will really fly by. Try to do all the achievements that you can, open up the achievement tab and just start doing them. Exploration challenges, Dungeons, killing all types of a monster with challenges.

Piwi gear is actually quite good and will last you a long time. When you play alone you probably don't have enough drop chance for the good set parts like hats or capes. So make friends and get into parties, try getting into a guild for that. Pm Grim-Reaper. Move away from sets and start using dofus planner to figure out what you want to do (pvm vs pvp). A dragon turkey is best at this time because it gives a lot of hp and stats and pets are too expensive to level. I’m still using a crimson dragon turkey at 164.

Unlike many other games, in Dofus loot doesn't drop from monsters(Only early game set pieces drop), so you have to either buy/craft every gear you own. So having money is extremely important. At the beginning of the game, you can earn kamas by completing quests, because they reward you with lots of monster resources. Sell everything on the market for money. Treasure hunts are not really worth it at these low levels. Low level kolo is doable if you want, be prepared to lose your first 20+ matches to twinks before you get rated appropriately Gathering professions are pretty bad but can be a nice trickle when you want to do something relaxing. I suggest leveling at least a gathering profession so that you have a non-complex way of earning kamas (And it can help you with crafts if you decide to craft your own gear). Later on you can find other ways to earn kamas(Like buying stuff and crushing them for runes, buying certain items low and selling them for a higher price, etc.)