Dynasty Moments is MLB The Show 19 own game mode don't have to play diamond dynasty in order to play moments. But if you do have diamond dynasty team, it will help you out when you're playing moments. Because you'll get rewards that will help build your team even more. One moment they showed off is Babe Ruth calling his shot. We don't know how many moments are going to have something like this. But if it's a really old-school one you might be able to have an option to turn this on or off. You step up to the plate you have to hit the homerun it does little animation before you step in the box of calling your shot. If you hit the homerun you pass the moment you fail you can try again. If you complete it then you get a certain amount of MLB The Show 19 stubs or XP or possibly. If you complete a certain number of moments a card that you can use in Diamond dynasty as well. So there's going to be some moments that are going to be tied to missions.

There's going to be some moments tied to certain players. If you go ahead and play a lot of moments and you will get a lot of experience and a lot of progress in Diamond dynasty as well. The two modes will be intertwined hopefully, pretty, seamlessly. 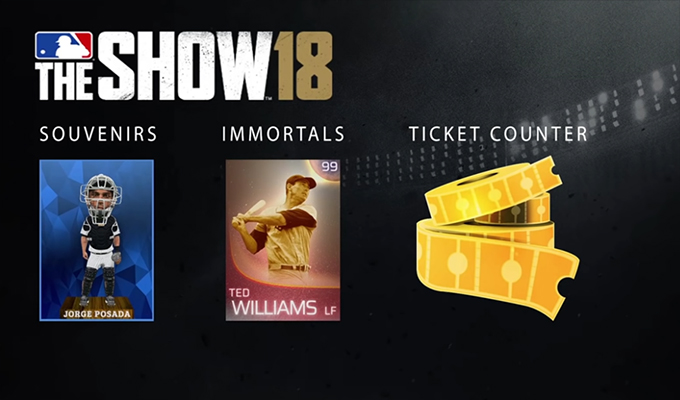 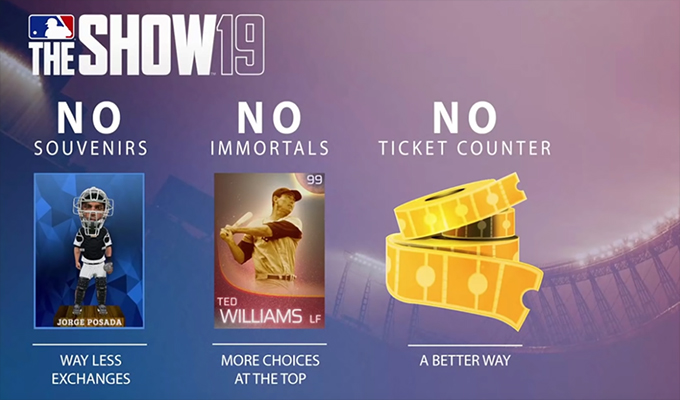 This is a nice little screen shot, they gave of what Diamond dynasty was kind of all about last year you could see. It was all about souvenirs. Souvenir exchanges is about getting immortals the top two your cards - then obviously the ticket counter - then they went to the next graphic which is this. There are going to be way less exchanges and no more souvenirs in the game this year. There are going to be no more immortals.
MLB The Show 19 and there will be no ticket counter. The ticket counter was always kind of there for the people who play the game a lot. To get rewarded with some good stuff that you just couldn't get anywhere else. It was all about the grinders. they do still have ways to reward you. And hopefully reward you even better so with this shift in diamond dynasty. The final reward once you completed all of the missions in the program, you would get 100%. You would unlock whatever the program reward was at the end.

This year they're changing up the way programs work. They're actually giving you way more freedom and way more flexibility as to how you want to go. About getting the cards in the programs so instead of a normal percentage in the program.

This year, they're going to be giving you something called program stars. There are going to have a ton of missions for you to do that. Each individual mission will get you a certain amount of program stars. You can kind of go ahead and choose which route you want to go in order to complete the program.  If you don't like playing online at all. you just want to play against the CPU. There are going to be tons of CPU program missions that you can do. Then you'll get program stars from those. If you don't want to play the CPU for the whole program and you want to go ahead and play some online. It will give you online missions as well so you can do half CPU missions and half online missions or you could do 1/3 online missions and 2/3 CPU missions either way. No matter how you go about it, you're still going to have enough program stars to unlock the reward at the end of it. So you basically get to choose how you complete the program. You can do some exchanges if you want.

We think this is a great addition and a great way to encourage both types of players to play. 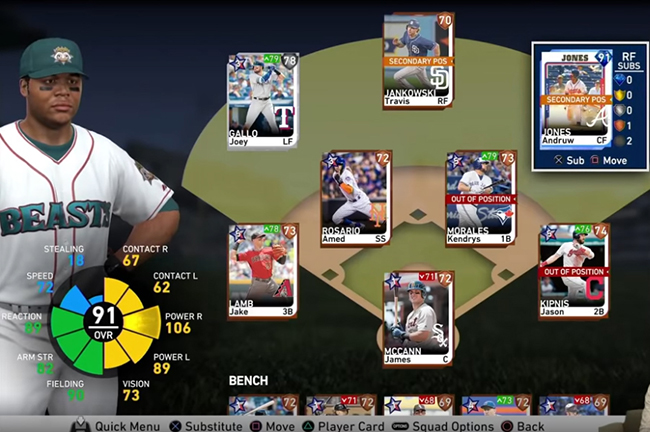 At the end of each program there are going to be three different program bosses. In this one you've got Gossage, you've got Andruw Jones, and you've got Cy Young. Once you complete the program you'll get a choice pack which let you choose between one of the three bosses. You just keep inventory management.

Overall we are going to really appreciate this feature. Once you actually get the game and start playing MLB The Show 19 every day. That's a nice little quality of life change to the game. It's going to improve it a lot.