Early Look at Assassin’s Creed Odyssey: The Fate of Atlantis Episode 2 - Torment of Hades Out Next Month 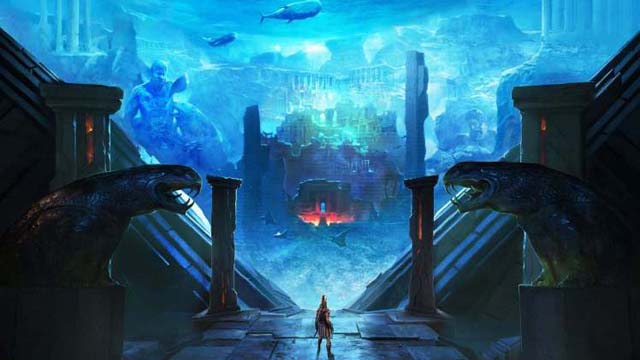 A couple of days ago, Ubisoft disclosed about the title and release date in the form of gif on its Twitter account to give players a first peek at the upcoming episode 2. The second episode of The Fate of Atlantis is called Torment of Hades, and is set to arrive on June 4th. Unfortunately, Ubisoft didn’t reveal much to us on this new episode 2. However, you can probably expect another otherworldly map to explore, and, of course, and you'll get to meet Hades himself.

For a little more on The Fate of Atlantis DLC for Assassin's Creed Odyssey:

"Venture into the fabled realms of Greek mythology to discover your hero's true power and unravel the mysteries of the First Civilization. Explore three new worlds from Greek mythology – Elysium, the Underworld, and Atlantis! Face legendary trials and encounter the gods themselves, including Persephone, Hades, Poseidon, and more! Delve deeper into Assassin's Creed lore and uncover the mysterious power of the First Civilization."

How to start The Fate of Atlantis?

There are two ways to start The Fate of Atlantis. The first involves completing the Between Two Worlds questline, along with the Heir of Memories and the Lost Tales of Greece questlines that follow, and having a character at level 28 or above. The second is a shortcut option that gives you a new level 52 hero to begin Heir of Memories. This will allow you to start at the Heir of Memories and Lost Tales of Greece quests, before heading straight into Fields of Elysium. However, you obviously won't have any progression carry over, and you won't be able to earn achievements if you choose to boost your way to the DLC. Even so, it's nice to give players the option, especially with how big the base game is.

Are you ready for another trip to the afterlife? At the moment, you can only buy The Fate of Atlantis as an entire package, but it's 50% off on Steam for the next few days, making it $12.50/￡10.50. For more news and guides on Assassin’s Creed Odyssey, stay tuned to Joymmo.com. If you are in need of Cheap Assassin's Creed Odyssey Credits, you can also visit our website.