MLB The Show 19 Special Diamonds, Flashbacks, Legends, All You Need To Know 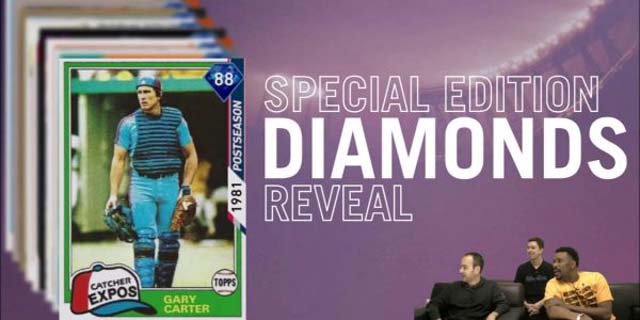 Here's a full list of all the 30 special diamonds player cards, including player name, Overall, year, type and team:


These players will be usable in Diamond Dynasty; MLB The Show 19 and they are all over 85-rated ,which are usually among the best in the game. So far, each player's particular stats like power, contact and defense weren't shown yet, so you'll have to wait until launch to decide?which guy to pick with Cheap MLB The Show 19 Stubs from Joymmo.com. Given the changes this year, a contact hitter or the guy representing your favorite team might not be the worst pick, unlike in years past.

MLB The Show 19 Flashbacks And Legends

Aside from the 30 special edition diamond players, this week's MLB The Show 19 video reveals a batch of new Legends and Flashback players arriving in this year's game. For those unfamiliar, Legends are some of the great players to have ever graced the diamond, playable in the various MLB The Show modes (including Diamond Dynasty and Franchise), while Flashback players  refers to players still playing the game and supposed to be great one day in the future, but rated based on a particular moment in that player's career.

There will be more than 50 Flashbacks, along with a slew of new Legends added to MLB The Show 19. You can check the video above to see all these players.

« How To Beat Fire Dragon Solo In MapleStory 2
Fallout 76 Guide: Where To Find Flatwoods Monsters And How To Defeat It »