Tera "First of Velika" Update Out Now, Duke It Out with The Human Male Brawler and Suit Up for Summer

En Masse Entertainment has unleashed the "Fists of Velika" update for TERA on PlayStation?4 and Xbox One. Starting today, players can start leveling up their human male brawler and let their fists do the talkin' in battle. This is a new race-class combination that is sure to knock out players with fun and exciting gameplay.

The human male brawler has some of the MMO genre's most amazing moves, and with his massive powerfists, delivers punch-and-counter combos, embodying the fighting fury of all true brawlers. He's a new contender ready to (literally) faceroll BAMs everywhere. As the human male brawler levels up, he’ll earn rewards, including goodies to give him a leg up as he battles his way to the level cap.

In addition to adding the new class, The Fists of Velika update also brings summertime fun that includes the new fishing system for players of level 22 and above. The new fishing system offers players a new way to earn achievements, gold, and more. Players can catch fish which can then be used to craft consumables/items that can boost stats.

Since it's summer, players can take part in the Summer Festival, a yearly celebration with oceanside fun and games, quests, awesome items and a whole lot more.

Here's a quick look at what to expect during this week:

This Week in TERA Console: July 1–7

Starting on Tuesday, July 2 after maintenance, check your Parcel Post for Summerfest Bait. You can use this special bait to fish in designated places on Dragonturtle Beach, near where the Beach Bash events are held.

Successfully fishing with Summerfest Bait at Dragonturtle Beach rewards you with Summer Tokens.

Of course, successfully fishing with any other bait still provides basic rewards, but the best rewards come from using the Summerfest Bait.

(These bait items and the fishing event area will be removed when maintenance begins on August 20.)

This all-class leveling event—with a special reward of Crystal Blue Powerfists given to brawlers—begins Tuesday, July 2 and lasts until Tuesday, July 30.

Head to Ostgarath for the Beach Bash, and Balder's Refuge for the Festival of the Sun, to take part in special quests and mini-games

You'll earn additional rewards for completing any of the following dungeons between Friday, July 5 at 0500 UTC and Monday, July 8 at 0500 UTC:

In the TERA Store 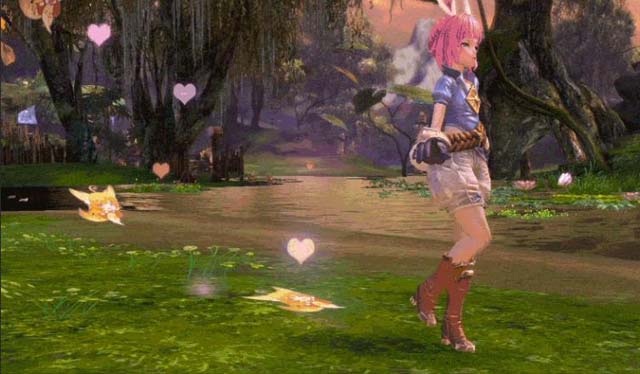 It's time to stock up on strongbox keys for an amazing weekend of fun and prizes!

Starting after maintenance on Tuesday, July 2, and continuing until maintenance begins on Monday, July 8, open any of the following strongboxes for a chance at some incredible jackpot rewards:

Jackpot rewards for this event include: