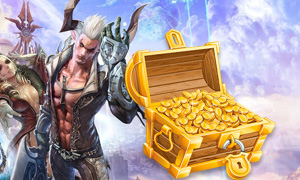 What is the TERA game?
TERA (short for The Exiled Realm of Arborea) is a massively multiplayer online role-playing game (MMORPG) developed by KRAFTON. TERA has typical MMORPG features such as questing, crafting, and player versus player action. The game's combat uses a real-time battle system that incorporates third-person camera view. The player targets an enemy with a cross-hair cursor rather than clicking or tabbing an individual opponent (which is called the "Non-Target battle system" by the developer). Players can access to TERA without payment on PC, PS4, and Xbox One platforms since the game's debut in 2011. The introduce of non-target battle system make battles more possibilities in TERA, and make combat more life-like. Choose from classes: Archer, Berserker, Priest, Sorcerer, Warrior, Lancer and Slayer as your life-long avater to start the journey full of quests, combats, friends, and mysterious exploration. Gold and Chronoscrolls are the major currencies in TERA, while TERA Gold is more likely to be accepted by most of paid gamers.