This is a guide for 8 Ball Pool.

This is a mobile phone game about billiards. Players control the cue to hit the balls on table into holes nearby corners in a particular order to gain scores to win over opponents. The game provides offline mode and online mode, players can start with offline mode training courses with bots and then move to online competitions with real players from all over the world.

The control system is complex, you can set the hit point on the ball to make different hitting effect. Different cues will have different abilities, including force, spin, and recharge price. And the rule of 8 Ball Pool is different from real world sport in most of EU and US districts, so you have to know the specific rules of the video game. In order to make the game easy to play on touch screen mobile phones and funnier for amusement, MiniClip revised the pool game rule for iOS and Android platforms. 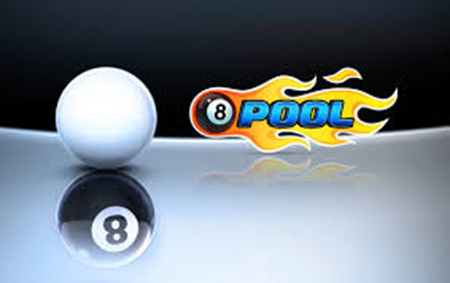 The Aim Of The Game

a. The shooter's cue ball touches any numbered ball on the table, on an open table, with the exception of the eight ball, and drives either it or any other ball after contact, or the cue ball to a rail.

b. The shooter's cue ball touches a numbered ball that corresponds with the shooters ball group (solids or stripes), once determined, before hitting any other ball, and driving any ball or the cue ball to a rail thereafter, or pocketing any ball except the eight ball (unless player is on the eight ball).

c. If an object ball is frozen to a rail and is the intended ball on which to make a legal hit, the cue ball must either strike a rail after making contact with the frozen ball, or the frozen ball must contact a different rail.

If you fail to pocket a ball or make a foul in your inning, it comes to an end. All fouls you made contribute to the inning of your opponent. Except legal stroke, any touch with balls will be a foul. If you pocket the cue ball, it's a foul. The time of the inning runs out. At last, fail to hit any balls is also a foul. Finally, to play the 8 Ball Pool on mobile phone is much different from in real pool hall.