Final Fantasy is a MMORPG developed and released by Square Enix in 2010. It's an online video game on Windows computer, different from original versions, the FFXIV emphasized on multiplayer teamwork cooperation gameplay instead of solo dungeons. This is a derivation of Final Fantasy authentic game on PC, but the original Final Fantasy was releaseds on NES, GBA, Wii, DS, BlackBerry, iOS, Android, PlayStation, PS4, PSP, PSV, Xbox, WonderSwan, and even Windows Phone. Nearly whole humanity heard about this game series, even they haven't played it.

In order to punish abusive behavior in game and prevent imbalance leveling speed, Square Enix added massive improvements for gameplay mechanism in Patch 4.55. The publisher explained that until now game masters operated under a philosophy that "this is an MMORPG and frequent in-game intervention by Square Enix would inhibit player experience." Due to that philosophy, game masters intervened only in severe cases of conflict like sexual or racial discrimination. Discriminatory expressions or words may lead to Final Fantasy XIV Account ban permanently. And Character names including abusive words will also be forced to change within 7 days. 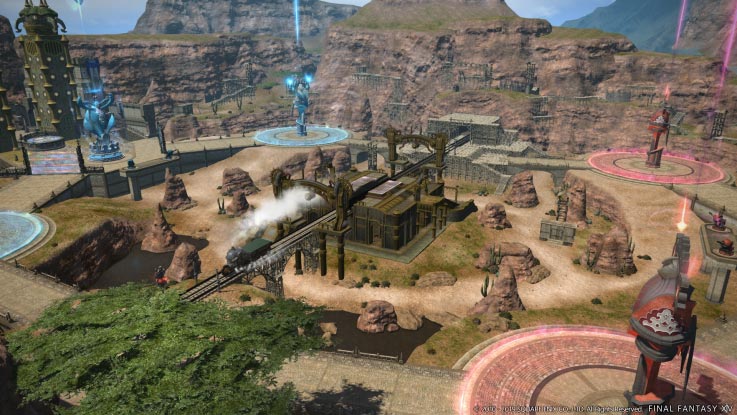 Not only patches on gameplay balance, but also a free access to download the game from Twitch Prime and Amazon Prime. The Twitch Prime is the enhancement kit for Amazon's popular subscriptions. Any Twitch users can access their account to the service to enjoy ad-free products. With Twitch Prime games, Final Fantasy: XIV will be yours to keep forever after being downloaded, however you have to subscribe and be an official member once the free 30 day period ends to continue playing. Buy Cheap Final Fantasy XIV Gil from Joymmo.com is the best choice for you to level up fast. This is not a permanent activity after May 3, seize the rare chance to download this game for free. But as an online video game, you need to pay for it to continue the leveling process smoothly, or else it will become a terrible nightmare for you.

Goblin Mercenaries also roam the Hidden Gorge area as a third force. It straddles the line between PvP and raids. The team who deals the most damage to the Goblin Mercenary will gain his support as an ally. Square Enix admitted that next expansion "FFXIV Shadowbringers" will be released for PC and PS4 this summer in early-July, with new dungeons, environments, and classes. If you want to know more details about the update in advance, you can access to Joymmo.com News section. But now you can preorder it from official website. All players who pre-order any edition of Shadowbringers will get three exclusive in-game items: Grani Mount, Wind-up Fran Minion, and Revolver Gunbreaker Weapon.