If you're interested in an MMO sandbox with a steep difficulty curve, then you should grab ArcheAge. Assuming you decide to play ArcheAge and you just don’t know where to begin, then this guide is exactly what you need. Make sure to read on to find an Archeage guide designed to help you find your footing in this incredible free-to-play MMORPG. 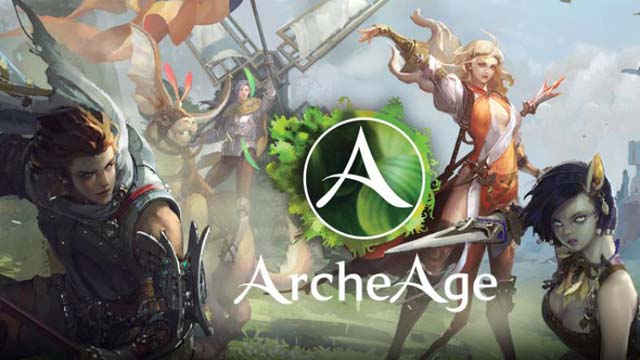 This game is really open in terms of classes. You can switch between classes at any time, and with hiram gear, you can also get all the stats you want, with any kind of gear build. If you're looking to tank if needed, you can switch to a tank build(equip other gear and switch the skillsets, and you're good to go), same thing for switching to healing, or dps. However, especially on your own in the early moments of playing, you'll probably want to look into leveling dps classes, as otherwise farming on your own gets tougher. It's still doable as tank, but you'd need better gear to survive long and deal good enough damage. But remember, you can switch at any time, so don't be too worried at the start. Just go into the game and look at skillsets(what's online isn't all up to date), and switch skillsets until you find something you like. If you really like what you're playing, you can look more into gearing up. And remember that you can always ask around ingame for tips on classes and skills.

There are two (major) ways to level:Crafting and Leveling. When it comes to Leveling, it's basically questing. The game has an “overachievement” system, meaning you get more XP if you finish a quest 150%, instead of 100%. Also, you get less than average XP if you hand a quest in at 50% (Comp. Early). Make sure that the quest says “Overachievement”when handing it in, instead of “Extra Prog” because I don't think you get any extra XP from it unless it's 150%.

Now, Crafting is a slower way to level, and doing this only may generate a tad more gold if you sell what you craft, but you'll have issues with obtaining good armor.

What I'd recommend is a mix of the two: Leveling as Main, Crafting on the side, or when you want a break from questing. Of course, if this is too overwhelming , then stick to only leveling if you wish!

There are plenty of ways to make gold in the game. In the beginning people would take land and sell it. Basically find a piece of land/house where the owner is about to lose their land to not paying taxes. Show up at the time that this will occur and try and place a 16 x 16. This was one of the best ways to make money, since it didn't use labor. Some people used macros to press the key 10,000 times a second and won like 90% of the time. Trion would ban people for this every once in awhile, since macro's are illegal in AA.

People also would go for Gilda.As the competition was fierce there were a lot of pirates and clans camping the island. This caused the price of gilda to be high.

Some people would grind 1v1 and get the gems and sell the gems. You can also try trade routes. In addition, some people would do the most profitable trade routes during peace time. You can also earn profit through fishing in the game. You can even try marketplace manipulation. This usually requires a lot of gold though. Pretty much you buy all of one item and drive the price up. Then you sell at the higher price. If anyone tries to sell below your price you buy it and place it at the higher price. If you don’t have so much time to earn enough gold, you can also buy Cheap ArcheAge Gold at Joymmo.com. As a online in-game currency store, we provides cheapest price and fast delivery. So, choose some ways that works to you can stick to them, the money won’t be your problem.