How To Dominate Phantom Forces And Get More Kills

Phantom Forces is one of the hotted games among Roblox fans all over the world. Overally saying, it is a First Person Shooter aimed to make a free for all mach or a team mach for firing weapons, the team or person with the most kills wins. There are four modes in phantom forces: Team Deathmatch, Flare Domination, King Of The Hill, Kill Confirmed and Capture the Flag. These game modes will switch at random. Although this game may look "simple", it is quite challenging (even for the experts of first person shooters). Therefore, in this article, we've laid out some of the Phantom Forces tips and tricks to help you get better at the game in a most effective and easiest way.

So lets hop in shall we? 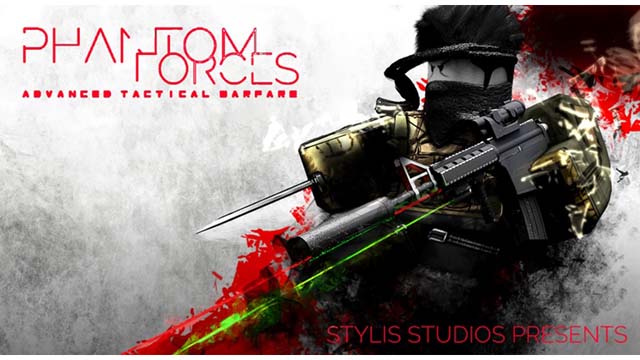 Be Familiar With Each Map

First, map knowledge is semi-important, especially the good camping spots on each map.in Phantom Forces, aside from Desert Storm, all of the maps are either average or crap. Mall is a particularly offensively terrible map, and it tends to have a very narrow skill gap. On maps like Mall, don't beat yourself up if you play badly.

On the minimap, the red dots is your enemy and the blue dots is your teammates. Unless if they got a suppressor attached to their gun or have an integrally suppressed gun, all enemies appear when they shoot. Here you need to be smart in choosing the enemy to kill, if you have a sniper enemy so they are less likely to kill you, but you need to kill the Pro-Players first, and then kill the rifles and the snipers.

I cannot stress this enough. Getting headphones are recommended since they are isolate sound, but earbuds will work, assuming you can hear footsteps. Listen to the footstep loudness and direction. Based on it predict the position. Listen to gun sound. If the sound is an automatic gun's sound you Scan wait till the reload sound. If its sniper just wait for one bullet and peek and get back to find position.

Most people know this, this is one of the top Phantom Forces tips and tricks during long range shooting. There's bullet drop in the game. When you want to use sniper to shoot an enemy use the aim slightly high tip. You need to high just above the head so that you can hit the head as scope position will be at higher position. Use this trick and you will notice that you will be killing more enemies with snipers. Note that Some guns don't have that much drop. But there's still drop nonetheless.

Play To Your Weapon's Advantages

I found that many beginners fight an assault rifle with their PDW at mid range. They might win but the rifle has the upper hand with probably higher damage and better recoil at said range. Here's a breakdown of the basic of each weapon as you can see below. To unlock more weapons, come to joymmo.com for Cheap Roblox Robux, where you can enjoy the cheapest price online with fast delivery.

1.If you're using a sniper, keep your distance.
2.DMRs are faster sniper rifles so the same rule applies
3.Battle rifles are like the link between ARs and Snipers, with high damage but low capacities, they are the masters of mid range.
4.Assault rifles are better for mid range but that doesn't stop them from killing in short and long ranges alike.
5.Carabines are like jacks of all trades, doing OK at any range but mastering none.
6.PDWs are often good from short-mid range.
7.Shitguns, the kings of short range (however they have more viability depending on what ammo type you use).
8.Pistols are your back up weapon, your saviour, but are not meant to be used as a main weapon, be wary of limited capacities and low damage over range.

These Phantom Forces tips and tricks are very important in actual gameplay. Enjoy.