Microsoft is hosting promotion for subscribers of Xbox Live Gold or the new Game Pass Ultimate, offering a couple multiplayer games for them free of charge.
What you need to know Xbox Live Gold members can play The Elder Scrolls Online and Rainbow Six Siege for free this week. Both games will be available to play free through September 3. During this period you will be able to play the the base game on all platforms, PC, Mac, PlayStation 4, and Xbox One, and play for free without any restrictions. 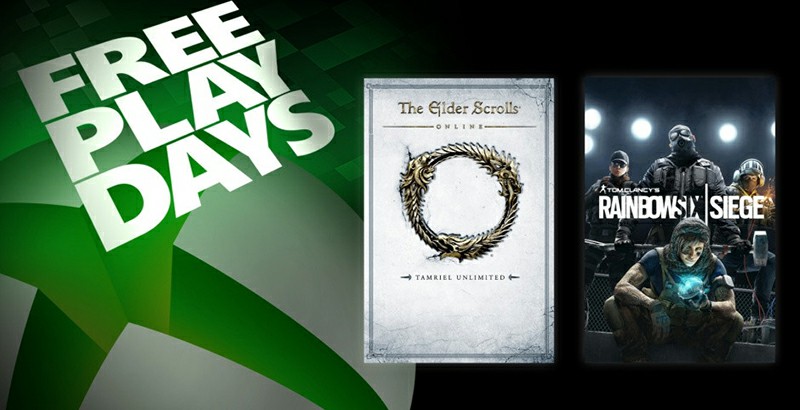 The Elder Scrolls Online is available from Tuesday, August 27 at 7:00 a.m. PDT through to Tuesday, September 3 at 7:00 a.m. PDT. The Elder Scrolls Online is a massively multiplayer game set in the expansive world of Tamriel with 23 zones. Players will also be able to access Morrowind content in addition to the base game.  If you played the game during a previous free to play event you can pick up where you left off, and any new accounts get  500 crowns for the in-game Crown Store.

Rainbow Six Siege becomes available from Wednesday, August 28 at 12:01 a.m. PDT through to Tuesday, September 3 at 11:59 p.m. PDT. Rainbow Six Siege is a team shooter where teams of attackers and defenders go head-to-head over an objective. All maps and game modes will be available to play throughout the event, as well as 20 of the game's operators.

Both games are on sale as well. If you want to pick up where you left off after the free play days are over, both games and their various DLC are on sale this week as well. Rainbow Six Siege is available to buy for $12, while The Elder Scrolls Online is available for as little as $10.