When comes to three-person combo squad in Apex Legends, there are many different options. However, some characters work better together than others, and it's always smart to balance characters with different strengths and weaknesses and build a squad strong both in defense and offence. So, if you are looking for best squads in Apex Legends, then you are in the right place. In this article, We've cherrypicked three best squads for you and your friends to enjoy the game better. help assemble the best three-person combo squad in Apex Legends. 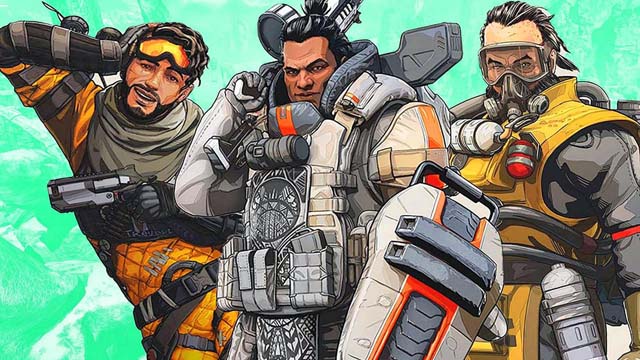 This is one of the best the strongest team combos you can currently build in the game where Wraith will warn the other Legends about the incoming danger and Bangalore will throw Smoke Grenades to stop the enemies.We will use the Double Time to get away from there before the enemies start to shoot blindly in the smoke.While this is happening, Bloodhound will use its Eye of Allfather to look through the smokescreen and activate its Ultimate Ability to hunt those enemies down.

Wraith passive ability can alert you when an enemy has spotted you, once you know there position use the dimensional rift to reposition your team and then use the Banglore to attack enemies.If you wanna unlock cosmetics for your legends, you can come and buy Cheap MapleStory M Mesos at Joymmo.com, a reliable, cheap and fast online in-game currency store.

If you want a squad that is equally proficient in both attacking, defending a position, and also providing medical support then you needn’t look much further than ,Gibraltar, Lifeline, Bangalore.

Gibraltar has a primary ability that allows him to deploy a dome of protection. This dome absorbs incoming damage for 15 seconds and is a great way to deploy fast cover on your squad when someone has the jump on you. His ultimate is a defensive bombardment that calls in a concentrated mortar strike on an area you mark with smoke. Combine this with team mate Bangalore’s own airstrike/smoke and sit back under a protective dome while you heal up as the heavens reign on your enemy. As with Lifeline, he is undoubtedly a necessary legend in each squad. Lifeline is arguably the best Legend in the game. She is know for her passive ability which allows her to revive knocked down teammates faster.

Finally, for those who might not be the most adept gunsmiths but still want to net as much XP as possible but simply surviving, have we got a squad for you.

Mirage, while being a mostly lower-tier Legend, can drop back and confuse the hell out of enemies with his various hologram and decoy-based Abilities. This will then allow you to slip out of a particularly troublesome gunfight.

Pathfinder can take lead by taking a start from tracking those enemies down and then Pathfinder can easily create a Zipline to move the whole team to that location where you can create a strategy beforehand.

If this if nor enough for you, you can check the video above for more other great combos.