How To Play Wraith Effectively In Apex Legends

Wraith is one of Apex Legends' most versatile characters. She is able to execute swift and deadly attacks and manipulate spacetime by opening rifts in the fabric of reality. With so many tools at her disposal, she can be difficult to learn.In this Wraith guide, we'll be present you  tactical, passive, and ultimate abilities of this legend and how to make the most of this character in the game. 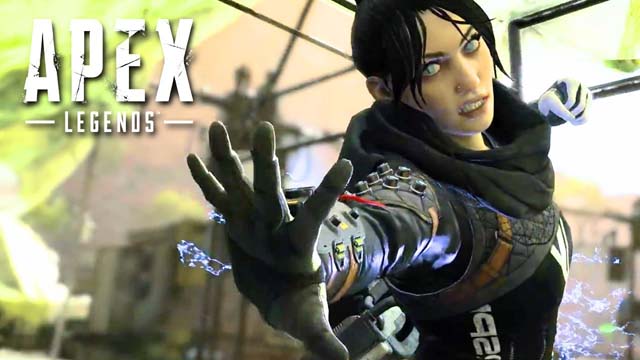 Tactical Abilities - Into the Void

Wraith's tactical ability sends you into a parallel dimension for 3 seconds, allowing you to move at slightly increased speed, and avoiding all damage. While active, you can run, slide, and climb, but you cannot shoot. You can use this ability to escape a losing gunfight either to get to cover or run away. Or you can use the ability to zoom in close to an enemy for a quick finisher without taking damage on the way.

Passive Abilities - Voices from the Void

Wraith's passive ability is called Voices from the Void. When she is close by to enemies, she will will whisper a female voice to warn to you when it perceives a nearby threat. This could be an enemy aiming at you with a sniper, or a nearby Caustic Nox Gas trap. So, it's an extremely useful ability to save you from dangers. So, to make use of this abilities, you better play with headphones next time.

Her ultimate is the ability to create and link two portals that are used both ways by the entire team. The way it works is that Wraith gains a longer version of "into the void" where she is now invulnerable for 15 seconds.

During that timeframe, she can drop and link two portals with the distance she covers during the run. Note that Wraith only has a limited amount of time to place the portal, and during this time period, she is vulnerable to to enemy attacks, so players must be sure to carefully choose when and where to place portals. There are many different uses of this abilities. For example, you can use the ability to create an escape route for your squad or even devise a clever sneak attack on the enemy. Just make sure that your team find the best locations within your vicinity to place portals when use it. To attach Wraith with more powerful weapons, come to Joymmo.com for Cheap Apex Legends Coins. We offer the cheapest price online and fast delivery.

To best play this legend, here are some tips worth your attention. First, when you tick off Wraith's Voices From The Void ability, note that there's a brief activation time on it and you have to make a decision to use it or keep shooting. At the time, think seriously and make the safer choice. Speaking of Into The Void, learn all the tiny details of Apex Legends' map when you use it. So that  you know what you're doing and where you're going when you blink out of existence.

As with the Dimensional Rift, it can be used as a useful tool to help teammates close the distance. For example, an ally is recharging their shields, while you and another teammate are running towards an engagement in the distance. In this case, you can drop a rift between these two positions to make your teammates get back into the fight much faster.

That's all you need to know about playing Wraith in Apex Legends. For more news on Apex Legends, stay tuned to joymmo.com.

« How To Farm Treva Fast And Easily In MapleStory 2
Arcane Legends Guide: How To Defeat Dragon Lord Alargan »