How To Play The Bloodhound In Apex Legends

Bloodhound is known as the greatest game hunters in Apex Legends, helping his teammates root out hidden opponents and tracking the enemy's movements. This special ability makes him an invaluable part of team composition in the game, and is a character well worth mastering. You can also unlock more legends with Cheap Apex Legends Coins from Joymmo.com. Today, our Joymmo.com shares a Bloodhound Guide to walk you through everything you'll need to know to take advantage of this Legend character. 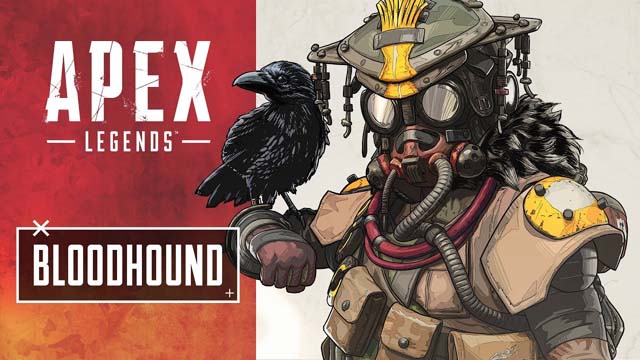 Tracker gives Bloodhound the ability to see the activities of enemy players if you are standing near where they were less than 60 seconds ago. You will see a notification pop up telling Where did enemies come from,how long ago in seconds that it they will come and so on. In addition, with this passive ability, you can also gain useful information of your enemies' character choices and current status.

Note that when you try to track just one team, It's easy to get distracted, so spend too much time lost in the investigation and keep alert all the time.

Tactical ability - Eye of the Allfather
Briefly reveals hidden enemies, traps, and other clues through walls.

When you activate Bloodhound's Tactical ability, he'll send out a radiating radar pulse which illuminates any enemies who fall within the reach of this expanding skill. At the same time, Bloodhound's teammates can also see this outline, providing a huge tactical advantage to you all if used at just the right moment.

In addition, Eye of the Allfather will also highlight traps and other helpful clues within its radius, which can a huge help for you if you and your teammates are in a dense area filled with buildings and cover.

Beast of the Hunt takes a few seconds to activate, but Bloodhound's ultimate is worth the wait. It more or less turns you into a killing machine, changing the look of the world so that it's black and white while highlighting enemies in red-even through walls. It also enhances your speed, allows you to flank enemies, escape from danger, or reach places that no one was expecting.

When you use Bloodhound's passive ability, pay attention to your environment and soak up all the information you can get. Be sure to share what you learn with your team, as they're relying on you to lead them on the hunt. As with the tactical ability, Eye of the All father is a short range sonar pulse with 35 second cool down. This active ability briefly reveals enemies, traps and clues throughout a small area around you. This is not an active tracker so be warned that you are only seeing enemies at the moment in time when the sonar pulse hit them. When activating it also be aware that this sonar pulse is visible to you and enemy teams so it can act as a sort of double edged sword. This will tell you where the enemy is, but other teams can spot out that pulse and it will give your position away as well.

Last, when you activate his ultimate ability, it lasts for 35 seconds. Takes about 1-2 seconds to activate. When moving around, always be aware of where you might be shot from and where you can take cover if you do get shot. Whenever you are moving from a spot there is a chance for someone to spot you and start opening fire on you. If you're alone you won't have a team to back you up if you're running ahead or trying to flank an enemy team.

« Apex Legends Battle Pass Season 1: Wilder Frontier Kicks Off Now And Here’s Everything You Need To Know Before Jumping In
Theme Park Tycoon 2 Guide: How To Create An Amazing Park And Boost Visitor Count »