Apex Legends Battle Pass Season 1: Wilder Frontier Kicks Off Now And Here’s Everything You Need To Know Before Jumping In

After long-time anxious waiting, Apex legends battle pass season 1: Wilder Frontier is finally available on all platforms for players all over the world. The battle pass system lets players to play  various special events and unlock in-game rewards for three month. So, if you are looking to take part in the season, here's everything you need to know before you jump in.

Free Battle Pass Rewards - You can level up your Battle Pass Levels like usual, but only access the free Rewards, and only when you reach their Level in the Battle Pass.

Battle Pass Rewards - A Apex Legends Battle Pass costs you 950 Apex Coins,which is around $9.99 USD in the shop. In this case, why not come to Joymmo.com for Cheap Apex Legends Coins, with 1,000 coins bring only around 3 dollars. In addition, we also provide fast delivery. Once you've made an order, we promise to deliver coins within 15 minutes. Please feel assured that as a professional online in-game currency store for many years, our items are absolutely safe. So, have a try. At the same time, purchasing the battle pass will instantly unlock the Lifeline Revolutionary skin, the Wraith Survivor skin, and the Mirage Outlaw skin. 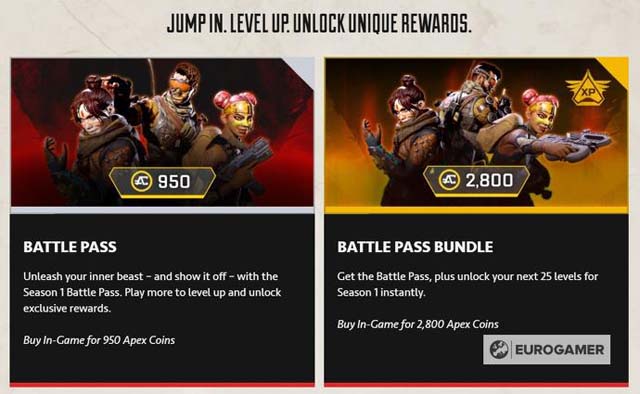 As with this legend, Octane, so far, Octane's abilities haven't been visible on the game official website. His tactical ability allows him to move faster than normal which costs a percentage of his health. To offset this, Octane's passive ability grants him gain back the health he has either lost or spent.
Octane can activate an ultimate ability called Launch Pad, which enable him to throw launch pads on the ground and allow anyone to boost into the air. 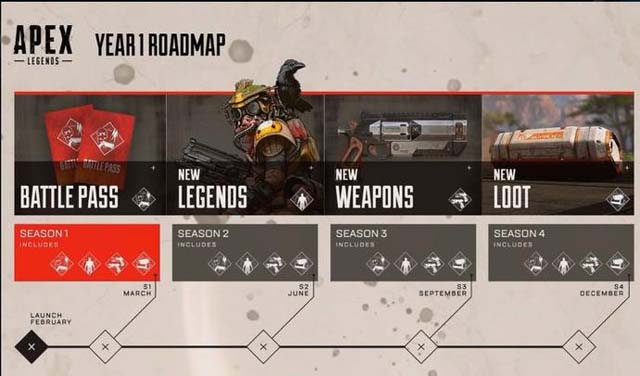 Developer Respawn has revealed what to expect from the Apex Legends Roadmap for the coming year. There are four seasons in 2019, the first arriving in March. Each season will be three months in length and includes a new battle pass, legends, weapons, and new potential loot.

« Assassin’s Creed Odyssey March Update: The Lost Tales of Greece’s Episode 7 “A Friend Worth Dying For” Will Come Out On March 26
How To Play The Bloodhound In Apex Legends »