The Japan Game Awards were given out over the Tokyo Game Show 2019 weekend, celebrating the best of video games from the last year of the Heisei Period from a Japanese perspective.

At the "Japan Game Awards 2019" (sponsored by: Computer Entertainment Association of Japan, abbreviated as CESA, chairman: Hideki Hayakawa), 11 winners of the "Japan Game Awards 2019 Future Category" were announced. The "future section" will be voted on for 3 days from September 12th (Thursday) to 14th (Saturday) for the unreleased works that were announced and exhibited at Tokyo Game Show 2019. The winning list was based on a poll of attendees at last week's Tokyo Game Show, and was based on entries for Tokyo Game Show 2019, so the list is more likely to be home based and to suit Japanese gamers.

From the many voices awaiting release and the many works that gained overwhelming support, 11 works that were expected in the future were selected after screening by the Japan Game Awards Selection Committee. 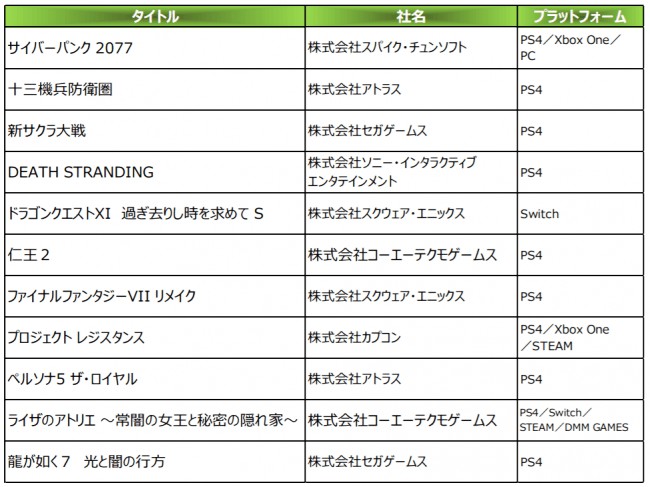