Berserker - How to Fight Against Each Hero In For Honor?

Berserkers are chaotic and brutal dual-axe-wielding Vikings. Berserkers are assassin class. Their fighting style is almost entirely focused on offense at the cost of defense. Their savage love of combat strikes fear into the hearts of most, friend and foe alike. The Berserker fights relentlessly, capable of vanquishing foes before they can mount a decent defense. This character class is focused on overwhelming the enemy with great number of attacks without giving him a chance to rest until he drops to the ground. This warrior is equipped with a pair of one-handed axes and he focuses on short distance combat, without letting the enemy to move for one step. 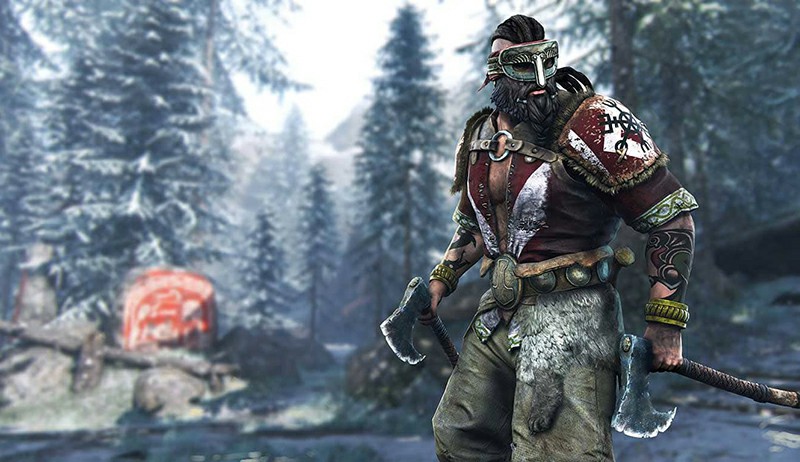 How to Fight Against Berserker In For Honor?

He's a hero with only one mission - harassing his opponents. Berserker can engage in unending chains of attacks created by mixing light and strong attacks. Infinite Chain ability is of key importance for this class - it enables the Berserker to overwhelm the opponent with a storm of attacks. In addition, every hit after the first four attacks is uninterrupted and takes less endurance. You can either dodge or parry the attack - blocking will lower the damage dealt, but you'll still be hit. Other than that, watch out for his dodges which can be used to return with an instant hit. This move doesn't do much damage, but allows the Berserker to start a new combination and continue his attacks.

Most importantly, we have to worry about his strong attack. Berserker can deal a strong attack "straight off" either at the beginning, or at the end of a combination. Such attacks are slow and easy to counter, but can cause huge damage if hit (in most cases taking over a half of your health bar). Moreover, there is a catch - Berserker can feint in the middle of the attack, and use the opportunity to begin another chain combination.

The berserker's greatest weakness is his short range attacks. He had to get very close to the enemy to attack him. Because of that, enemies that are effective on long distance (like Nobushi and Kensai) are a nightmare for this class. Berserker won't be effective against enemies with shields as well - Conqueror will easily stop your series of attacks and Warlord will parry the attacks and perform a counterattack.

Remember that Berserker has to be really close, practically at arm's length to be able to hit an opponent. Use it to your advantage - maintain safe distance and use attacks that work on longer ranges.

« A New Pathfinder Update is Coming to MapleStory, Here’s What You Should Know
For Honor Guide: How to to Fight Against Hero to Earn For Honor Steel Fast? »