Conqueror - How To Fight Against Each Hero In For Honor?

Conquerors are ex-prisoners and forced conscripts who have risen to the rank of elite soldier. This class can block almost any attack (not counting those that are unblockable).  the Conqueror is a typical tank. The Conqueror can take almost any hit, block it and lose no health points and, at the same time, can deal a lot of damage. This hero is equipped with a flail and a shield - the weapon gives him a rather good reach and allows to deal a lot of damage while the shield is something that distinguishes the Conqueror from other classes. Thanks to the Superior Block feat blocking enemy hits works similarly to parries - an enemy that hits you is pushed back slightly and their chain attacks are aborted. 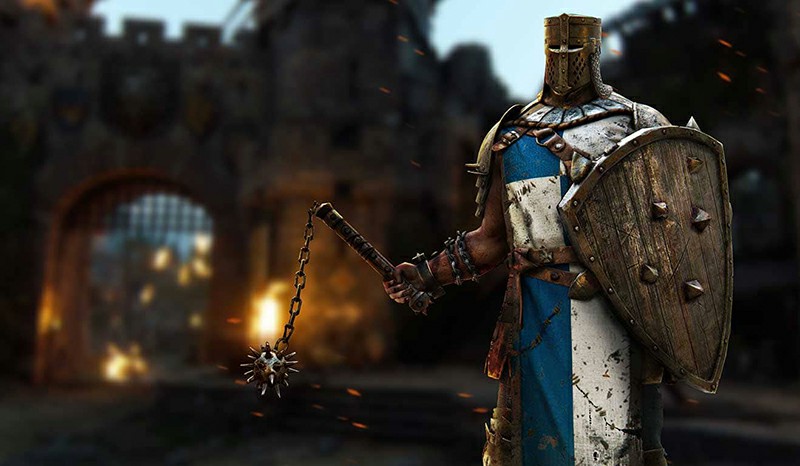 How to fight against Conqueror in For Honor?

This character has two flaws. The first is the speed of attacks - not counting light attacks, most of them are rather slow which means, that most of the experienced players can easily dodge them and perform counterattacks. The second flaw is the lack of Feint - this is the only class that can't cancel a heavy attack to mislead enemies.

When fighting against a Conqueror, remember to perform single hits rather than press your luck with hit chains - his class ability, Superior Block, enables Conqueror to automatically block your heavy attacks (the game will read those as parries) and interrupt your current combination. To be specific - the attack will be parried after the initial fragment (1/3) of the animation, throwing you off balance, while his attacks will land. In short, your attack will be blocked, while Conqueror's will have a sure chance of hit, as you won't be able to do anything about it.
Moreover, Conqueror, in a manner similar to Warden, can follow his Guardbreaks with strong attacks. Such hit can be followed by a Shield Bash - your enemy will throw you off balance, and use the opportunity to perform another strong attack. To avoid this repeatable chain, simply perform a Side Dash and hit your opponent in the back.