Warlords - How to Fight Against Each Hero In For Honor?

Warlord is an equivalent of the Conqueror class that is available for Knights. He is a Viking warrior equipped with a short sword and a shield. Warlord is not born into leadership. He must win through blood, sweat and For Honor Steel. To be a Warlord means a life of service to their people. Their shield protects those who cannot fight -- their sword will cut down those who would attempt to cause their people harm. Their fighting style is simple yet brutal. You will always find them leading the charge. He can withstand almost any blow without being hurt. Despite his short range of attacks, he was able to strike the enemy with great strength without leaving him a chance to rest or fight back.

Like a Conqueror, a warlord can use his shield to block almost all attacks (except irresistible ones). He doesn't have the Superior Block of the mentioned Knight class, but he is more agile than him. He can push his opponent through a large part of the battlefield (something like Raider's throw) or he can perform a powerful jump attack. In addition to that, he has the Perfect Defense ability - after activating it the Warlord slightly lowers his position and will temporarily automatically block all attacks. 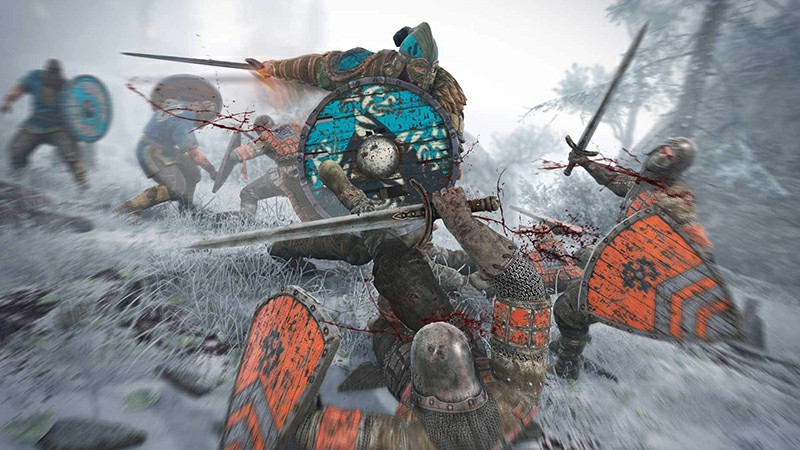 How to Fight Against Warlords In For Honor?

A Viking hero that is similar in essence to Conqueror, although he lacks his range. Warlords are also characteristic for their shove (Crashing Charge), similar to the one used by Raider - a Warlord can push his opponent using his shield, ending the shove at an obstacle (which stuns the target) or throwing his enemy into an abyss. Moreover, his Headsplitter Leap ability packs quite a punch, but is rather easy to parry, as the attack is always dealt from overhand.

Despite the fact that it is a class equipped with a shield, Warlord is more offense-focused than his defense-oriented equivalent from the Knights (Conqueror). Two special abilities helped him do that. The first enabled him to stop the enemy's attack and automatically counter-attack, and the second enabled him to have special attributes for his strong attack.

However, the biggest challenge is how to deal with his unstoppable and powerful attack. Once through the initial animation, Warlord will shine with a characteristic white glow - this means that his attack cannot be mitigated (the attack has a 100% chance of success). You can return with your own attack, but as a result of his high durability, Warlord will probably be the one who had dealt more damage. Therefore, we should pay attention to his movements and avoid them when necessary.
Basically, proceed as you would be facing a Conqueror - focus on dodging (e.g. by performing Side Dashes) and return with single light attacks.

The greatest disadvantage of this class is its great need of stamina. A few regular attacks, not even mentioning the more advanced ones like a jump attack or shield charge, and the whole stamina bar is depleted. The player must rationally attack and constantly monitor the state of his stamina.