Peacekeeper - How to Fight Against Each Hero In For Honor?

Peacekeepers are quick, lethal, and can win a fight before their enemy even knows they are there. It takes a special type of warrior to be a silent blade. Theirs is not a legacy of glory. They are an instrument of death, wielded to turn the tides of war.

One of the most controversial heroes, mainly thanks to the Bleed effect. One of the biggest advantages of Peacekeeper is the ability to place the Bleed effect. Some of her attacks, especially the triple stab performed after the Guardbreak, enable her to place a Bleed effect. The enemy will receive a portion of damage that is dealt over time. 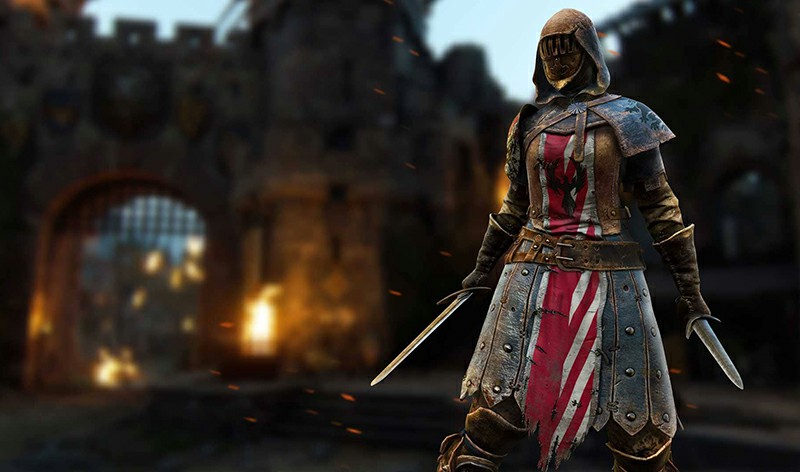 Peacekeeper's stances enable her to block every attack for a brief period of time. Her, as well as other assassin classes in game, can use their stances (top, left, and right) to deflect any attack coming from that direction. Once the guard wanes (which can be noticed through the shade of the stance indicator) the hero will no longer maintain the block and return to the neutral stance - if an opponent proceeds with an attack after that moment, the hit will affect the hero normally.

How to fight against Peacekeeper in For Honor?

Despite all her advantages, there are certain shortcomings, such as meager amount of health points, very short effective range, as well as only one viable playstyle. Those three elements result in numerous shortcomings - when something is wrong (e.g. the enemy feigned an attack you've wanted to deflect) you can easily lose most of your health points (or die on the spot from a well-performed combination). Moreover, Peacekeeper is only effective when close to his opponent - some classes (such as Kensei or Nobushi) will be able to keep you away, severely limiting your damage dealing abilities.

Certain abilities from the Peacekeeper's moveset (Stab, Deep Gouge, Riposting Stab) deal rather slight damage, but enable her to place a Bleed effect that deals another (greater) portion of damage that is dealt over time. Peacekeeper's damage dealing capabilities are mainly aligned with the aforementioned Bleed - without it, the hero wouldn't be that effective, as the effect itself has other uses - creates pressure. Other than that, her Guardbreak also contains a nasty surprise - once used, Peacekeeper can follow with three rapid stabs, with the final one placing the aforementioned Bleed.
If you want to emerge victorious from this encounter, maintain pressure - you cannot let your enemy return with a Guardbreak or use an ability that ends with the Bleed effect. Peacekeeper doesn't have much health points - a few good hits will be enough to defeat her. Stick to light attacks, as strong attacks are too slow to be effective against this hero.