Warden - How to Fight Against Each Hero In For Honor?

Warden is a class that is often chosen by newbies, and rightly so - even the character selection screen describes the class as "straight-forward". A perfect choice for a novice For Honor player  because this class has good offensive and defensive capabilities giving them the access to some interesting feats and special attacks that can be used on a battlefield. This class can be selected from the beginning, you don't have to buy it. 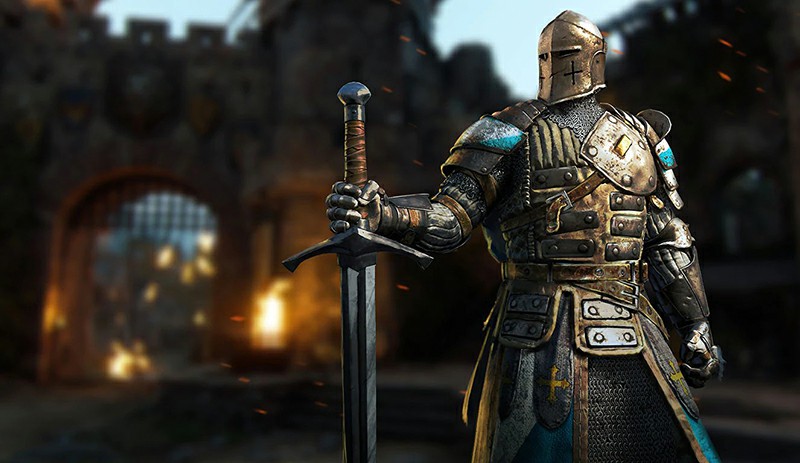 Wardens wear heavy plated armor and wield a massive two-handed longsword. Battling an experienced Warden is a real chore, as the class has powerful interruption abilities. It may seem that a massive sword is better suited for a fighting style focused on powerful heavy attacks. Light attacks are a better choice - fast, precise cuts that still deal a good amount of damage. What is more, light attacks can be mixed with heavy ones which allows you to use deadly combinations that can reduce half of enemy's health bar (or the entire bar if you fight against an Assassin class enemy). You should also remember that this class has a lot of health points - your enemies must put a lot of effort if they want to hurt you.

How to fight against Warden in For Honor?

First, avoid any overhand attacks - Warden has an ability that enables her to parry every attack of this type, and return with a powerful counterattack that will deprive you of a large portion of your health.
Secondly, this hero can follow Guardbreaks with light attacks, effectively mixing interceptions with damage dealing. There are two ways to counter this move - either return with your own attack by performing your Guardbreak moments after the enemy hits you, or simply make a side dash and avoid Warden's combo completely.

Versatility - the greatest advantage is also the biggest flaw of this class. It doesn't stand out when it comes to offensive, defensive or speed.

« Bethesda's E3 2019 Conference - Wastelanders DLC and Nuclear Winter Battle Royale Mode
Conqueror - How To Fight Against Each Hero In For Honor?  »