Fortnite Season 8 brings plenty of new items to Fortnite players for fun, with The Pirate Cannon Ball, a new type of portable weapon, highlighting the biggest in-game addition. This weapon can fire cannonballs or even other players, dealing 100 damage on a direct hit and 50 in the general radius. while  these cannons are spread out across the island on the map, in this article, we'll be recommending some areas on the map to make it easier to find them and presenting you some tips of making the most of this new weapon. 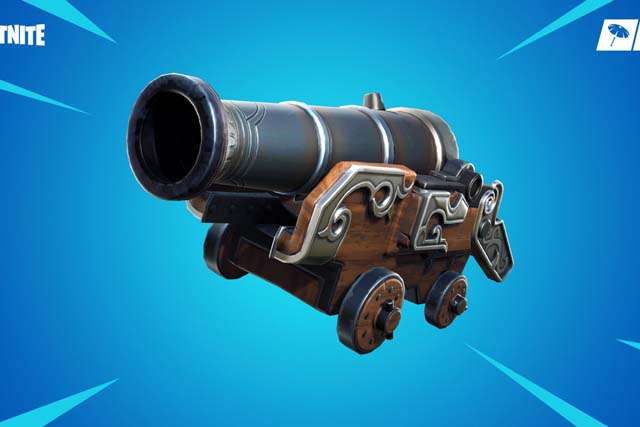 Where To Find Pirate Cannon Balls in Fortnite?

Pirate Cannons are scattered around the Fortnite map, and will only spawn in certain areas. The majority of the Pirate Cannons are in the Pirate Camps around the map, but there are a few in different places like Lazy Lagoon, especially on the ship and east of Happy Hamlet. The second best place would be to drop east of the ship where you'll find a few cannons, and you'll be able to shoot at the players inside the ship.

How To Use Pirate Cannon Balls in Fortnite?

To use the pirate cannon, players have to drag it around with them. Remember that you need two players minimum to pull this off, so one player will be left behind. Maybe use this as a desperate last measure to save one of your teammates. Once they get it where they need it, they can take aim at a target and fire from long distances. The cannon ball, the only way the cannon can do damage, does 100 damage to players and 50 to anyone in the surrounding area, and breaks most structures in just one shot. To do more damage to your opponents, you can unlock other powerful weapons and other Cheap Fortnite Items from Joymmo.com. So, it might be a good way to get down a mountain in a hurry as well.

Besides, players can also climb into the cannon and fire themselves out - traveling great height and distances in the progress. Therefore, you can ride the Cannon Ball to fly into enemy Forts. Many players still like to camp out in 1×1 towers and getting to them on the ground can be dangerous. With this new tactic, you launch one teammate at the enemy from the Cannon Ball. While you could simply launch them normally, this trick will allow the flying player to shoot and throw off many players hiding in their forts.

One last note, as usual, data miners have found the upcoming challenges in game files and leaked them well in advance of their release. Here's a first peek at Fortnite Season 8 Week 4 challenges:

To stay up with all the latest Fortnite news, rumors and information, be sure to check out Joymmo.com occasionally.

« Theme Park Tycoon 2 Guide: How To Create An Amazing Park And Boost Visitor Count
How To Earn Coins And Points Fast In FIFA 19 Mobile »